“Meta’s” Oculus Quest has been rapidly rising to the top eclipsing many other platforms in popularity. Recently through stats recorded from sales and marketing info site indiebi Superhot VR has sold exponentially well on Oculus Quest compared to other VR headsets. Sales for the game has been growing every season with Oculus Quest dominating the charts consistently since Holiday 2019. 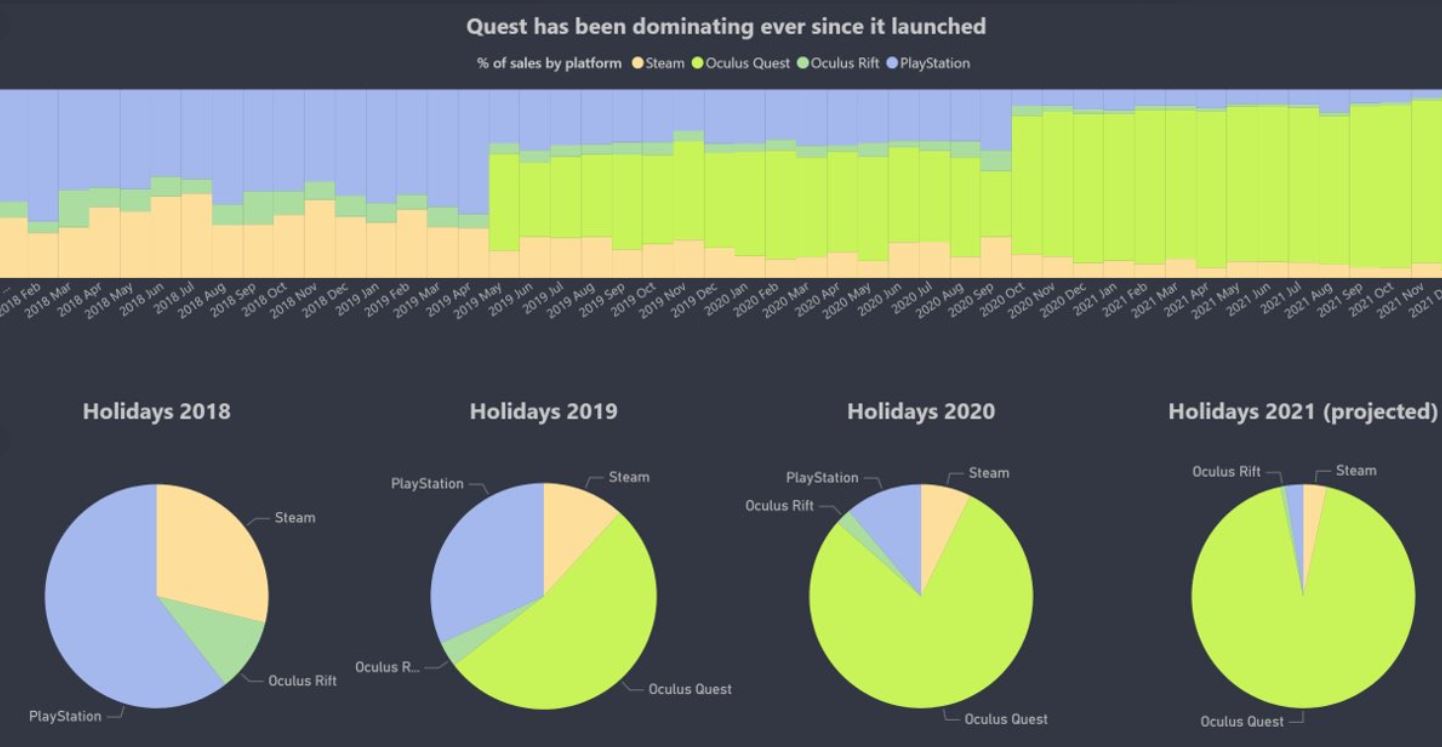 While this alone isn’t proof enough for Oculus Quest’s success as it should be mentioned that Superhot VR is a 2017 game. What further substantiates this claims is the fact that Oculus was also the most successful app as this turned out to be the biggest Christmas period for VR so far. Topping the charts this Christmas as the No.1 app on the Apple App store. Overthrowing the likes of giants like TikTok, Youtube and Snapchat.

Another interesting and somewhat worrying thing about this fact is how 2 of the most popular platforms on the Apple app store is owned by Meta, Oculus and Instagram, as well as other hugely popular social apps like Facebook and Whatsapp.

Christmas also proved to be a very beneficial period for VR as the platform experienced immense growth gaining exceptional numbers during its sales. Many sources state that it was by far the most profitable period for the platform yet with developers all around stating how successful their titles were during this period.

VR has also been starting to get a boost recently, with massive titles like 2020’s Half Life Alyx that received universal acclaim from critics, as well as this year’s remake of Resident Evil 4 in VR that recreated the classic Horror action masterpiece in a completely new dimension that took full advantage of the medium it was in. These two are just some of the examples of excellent VR titles, there have also been other excellent titles like the Half Life inspired Boneworks, or a game that first showcased VR’s true potential for horror in the form Resident Evil 7 for the PlayStation VR.