Lost Ark has seen many legion raids in its time, and players have been in the knows of there being a new legion raid being announced and released, with it being the Brelshaza Legion Raid. players might need help figuring out how the Lost Ark Brelshaza Gear Conversion works for their gear in the raid and might need further assistance!

First things first, let’s get a few things out of the way. Before we get further in-depth about the conversion works, let’s list down a basic chart that players will be able to get an overview of before diving further into the mathematics of everything.

As can be seen from the chart above,

This makes it entirely different as if you are trying to get mats from either the Valtan raid or the Vykas raid, since armor, requires 10 mats for it while requiring 25 mats for the weapon.

Because the Brelshaza legion raid has a total of 6 gates, players will also need to keep in mind the total of how many mats they will be able to get whenever they end up clearing each gate and progress through the next.

If the player is at the 1490 item level, then they will be eligible to clear gate one and gate two and each gate will provide a different number of mats to the player.

If you are at an item level of 1500, then players will be able to progress further into gate 3 as well as gate four, which will provide these mats:

While being at item level 1520, players should be able to access gates 5 and gate 6, and the mats will be as follows:

The total mats that players will get will be 59, with there also being a bonus of 30 mats rewards upon clearing gate one for the first time.

Let’s say that a player wants to craft an armor piece on week one, if they end up doing gate one, then they are going to be guaranteed a total of receiving 6 mats, and if they end up clearing it for the first time, then they will be able to also get the 30 mats bonus, making it come out to be 36 mats, which doesnt guarantee them an armor piece on week one since one armor will require 40 mats and the player only has 36.

So, if players do want armor mats, then they will have to clear gate 2 to get their hands on a few more mats before they can make a full 40.

As for crafting a weapon on week one, don’t even try, since players will need 100 mats, and even if they end up clearing all gates, which gives them 59 mats, and they get the bonus 30 mats, they still will not have enough to craft a weapon.

Transferring From Valtan/Vykas To Brelshaza

Now, let’s bring back the conversion chart that we talked about before, and go a little further in-depth with it and how it all operates.

Let’s take this into account for all the item levels that players can get:

With the item level being at 1520, if you end up taking it to the Brelshaza item level 1530, then there will be a difference of 10:

Moving on, if players want to go from gate one to gate four without spending way too much, let’s say you end up starting at a 1490 item level, then you end up doing a transfer, which makes your level increase from 1490 to 1493.3.

The main advantages of using the Brelshaza route will be that there will be overall better odds of transferring since the success rates are typically higher like 10% and 5%. But the main downside will be simply that it will require players to get a lot of advanced materials, which can get pretty daunting.

Now, if you take the same route that you took from the successful Brelshaza honing, and instead end up taking the root of Valtan/Vykas honing, then players will only need to successfully hone a total of 2 times to get to Item level 1500.

The advantage of using the Valtan/Vykas route is going to be that it uses the old materials as compared to the new ones, but the success rates are going to be significantly lower.

Whenever players head into the different gates of Brelshaza, they will have assistance from a few sidereals that the gates will offer up. For gates 1 and 2, the following 3 sidereals will be given:

For gates 3 and 4, players will get three different sidereals like the ones listed below:

For gates 5 and 6, players will be able to get the following sidereals:

And there we have it! An in-depth explanation on how conversion and conversion charts operate, and with that, we will wrap up our Lost Ark Brelshaza Gear Conversion guide! If you are someone who wants to learn about how markets operate, and how buying and selling works, then our Lost Ark Market Online guide will showcase all that you need to know! 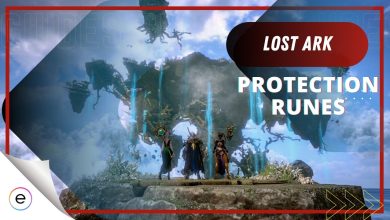