The realm of free-to-play games is now at the forefront of this colossal industry. Titles like Fortnite, Rocket Legends, Genshin Impact, and, of course, Apex Legends have rocked the entire gaming scene with their surreal replayability. If we’re to focus on the latter only, we have at our disposal a highly polished, battle-royale FPS with little to complain about.

Attributing to a total of 100 million players, Apex Legends is flat-out huge. Players rush to find the best game settings, similar to Aceu Apex Legends Settings to always have the upper hand in match-ups. However, it isn’t always a hassle-free experience with this unique FPS. The notorious Apex Legends no servers found error has surfaced for a plethora of players.

Witnessing that issue first-hand can get exceedingly irritating unless you know the potential fixes. In this guide, therefore, we’ll pen down a host of solutions to help you overcome the Apex no servers found issue painlessly. Be sure to follow each fix carefully to achieve the best results. Without any further chit-chat, let’s dive right into this guide.

How to Fix Apex Legends No Servers Found Problem

Follow along with this guide as we get down to business with the Apex Legends no servers found bug. What entails below is a series of tried-and-tested solutions that have worked for the vast majority of players, so let’s jump right in.

Check If the Apex Legends Servers Are Down

If you’re currently tussling with the server error issue, there’s a good chance that you’re not at fault at all. Checking if the official servers are down for maintenance or either due to a substantial player inrush first is a smart choice.

To do that, head over to Apex Legends Status to confirm if the servers are down. This could pinpoint the root cause of no servers found error that you keep seeing on your screen. Unfortunately, the best you can do is file a report so the people higher up can promptly get to fix the servers. Other than that, you’ll have to wait this one out.

If, on the other hand, the servers are fully operational, then you certainly have some handiwork waiting for you. Continue the read below.

As the game tends to coin it, a “Data Center” is the server you connect your game to. This is the foremost origin point of the no servers found issue. Therefore, targeting this first is probably the best way to approach the headache in question.

What you should do here is press the “Tab” key on your keyboard as soon as the prompt for that appears on the Apex Legends loading screen. To clarify further, this is the same screen where you encounter the Apex Legends no servers found bug. Catch a glance at the screenshot below for a visual explanation.

How to Change Servers on Apex Legends

The trick here, therefore, is to press the “Tab” key, so you can actually pull a whole list of all the available servers you can connect to. Now, the servers are going to be categorized on the basis of ping. Servers with the lowest ping will be up on top and the rest of the list will be arranged in this descending order.

What you have to do now is select the server that’s right below your current server. Don’t be mindful of the name of the data center as it will pose no major concern over your multiplayer experience. In the image below, the London server highlighted in yellow is the one Apex Legends tries to connect, but only in vain.

You’ll simply double-click on the next server, which happens to be “Singapore1” in this case, and try connecting again. If successful, you’ll simply see the loading screen advance and throw you inside the main interface area, but if not, the error bug will come up again.

Thankfully, the fix doesn’t end there. You’ll keep going down the server list by selecting one after the other and trying to connect to the game in-between. Players usually fix the Apex Legends no servers found bug after trying 3-4 different data centers.

In addition to that, the data centers of London, Amsterdam, and Frankfurt usually do the trick for Apex Legends players, so trying those out first can surely pay off. Servers with a ping lesser than 150 milliseconds are generally preferred.

If you still can’t seem to connect, we’ve got a bunch of other fixes lined up for you. Keep on reading for more solutions.

The Apex Legends no servers found issue can arise from faulty functioning of what is perhaps one of the core components of a Windows PC: the File Explorer or the Windows Explorer. Giving it a quick reboot has oftentimes solved the no servers found bug, so it’s definitely worth a go.

Now that you’ve rebooted Windows Explorer, it’s time to give Apex Legends another go. If the no servers found issue still persists, continue on to the other fixes.

Check Your Internet Connection and Restart Your Router

This fix might not be as hard-and-fast as the others, but it can surely turn out to be worth your while. Even if you feel your internet is doing everything right, it doesn’t take long to go to speedtest.net and gauging the overall quality of your connection.

The developer has recommended ping lesser than 100 milliseconds to be ideal for online gaming on Apex Legends. If your results have you looking at an exorbitantly large ping, the time is night to have a chat with your Internet Service Provider (ISP).

However, a quick fix for sudden ping surges is a simple restart of your internet router. Unplug everything and leave it in that state for about 2 minutes. Attach everything back together, turn on the router, and try testing your internet speed once more.

If you get stable results now, fire up Apex Legends and try to connect to the servers again. With low ping and a strong connection by your side, you should be able to start playing. If resolving your internet speed hasn’t worked either, trying the fixes given below might just do the trick.

Updating your Windows PC is a simple process. All you have to do is head over to your “Settings,” followed by selecting “Update & Security.”

Once done, you’ll be taken to another page. Click on “Check for updates” there so the system can detect anything in the pipeline awaiting your attention.

Proceed with downloading all the updates if you’ve been prompted to do so. After that, try launching Apex Legends again to see if the no servers found bother has finally taken the exit door. If not, or you didn’t have any pending update to begin with, keep on reading for another fix.

In similar fashion as the listed entry above, it’s essential to have your game up-to-date, especially if it revolved around multiplayer. Consistent updates keep IPs like Apex Legends bug-free and more enjoyable, so there’s little genuine reason to skip them and keep playing.

To update the game on Origin, open the game launcher on your Windows PC and head straight to the “My Game Library” section. Once done, hover your cursor over Apex Legends and right-click it to reveal more options. Lastly, click on “Update Game” to check whether you have a pending update.

After the update, launch Apex Legends and try connecting. If you still get the no servers found bug, we’ve got one final fix lined up for you below.

Apex Legends is available to play on a wide variety of platforms. If you’ve been playing the intense FPS on Steam, try the game on EA’s Origin. Reports coming in on the internet have Steam players calling out the developer the most for the no servers found error. Oppositely, if you were on Origin, do give Steam a go as well.

The game is available for free on all major game launchers, so all that’s required is a hefty download of Apex Legends again. It’s worth ruling this out since doing so could potentially fix the irksome problem at hand. Better spend that unlimited volume to good use.

Apex Legends can be quite nerve-wracking at times, but not as much as when you’re struggling to find a server to play on. In this guide, we’ve talked about a number of fixes for the Apex Legends no servers found issue, and here’s hoping that you’ll get to the bottom of it soon now.

If the servers are down or you still can’t play the game, let the devs know on Twitter and contact EA Help for more robust support. That said, eXputer wishes you happy gaming! 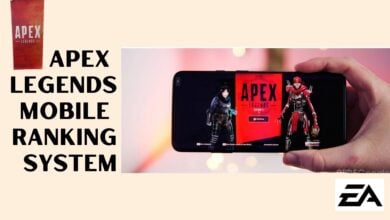 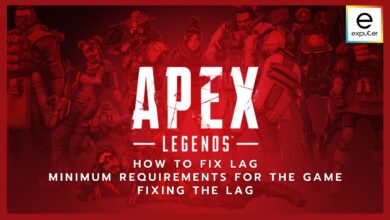 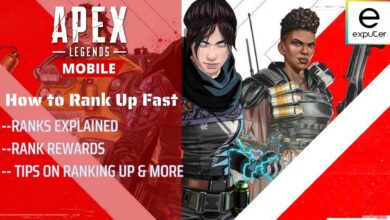 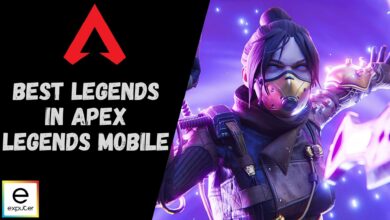