Every now and then, an indie title comes out of the blue and surprises everyone with a stellar launch. This success has been attributed to titles such as Valheim and Among Us, and now a new game joins their ranks.

The indie title V Rising from Stunlock Studios has launched to great success. The Diablo like MMORPG released into early access on May 17th for PC and has seen a growing player-count since. The number of concurrent steam players rose over 100,000 on Friday for a short period, with active players trending upwards. 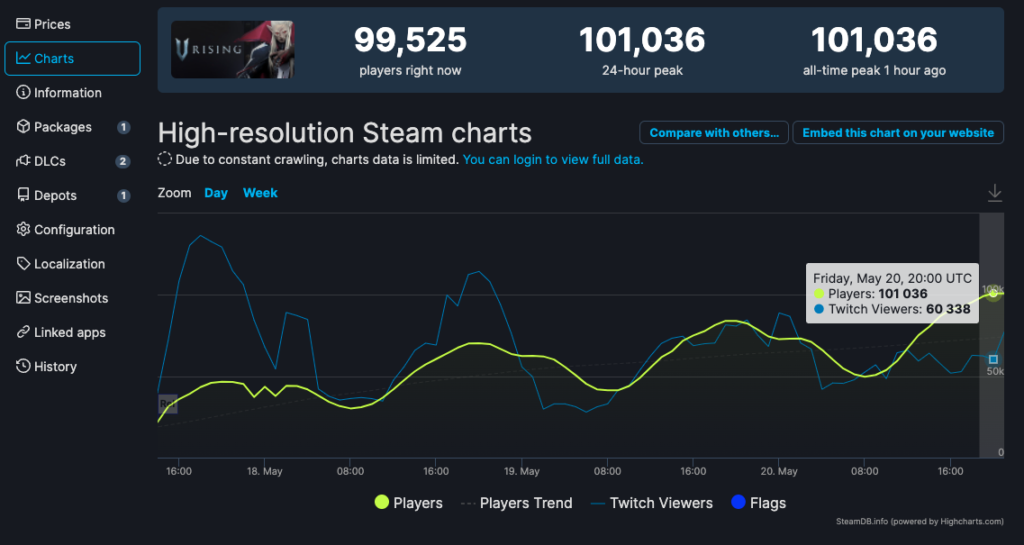 Twitch viewership peaked at over 130,000 streams shortly after launch.

V Rising has also made the Steam Top Sellers list for this week, ranking 1st  on the list. The DLC Bundle Edition came in 2nd, and the Founders Pack Edition came in fourth behind top seller Elden Ring. 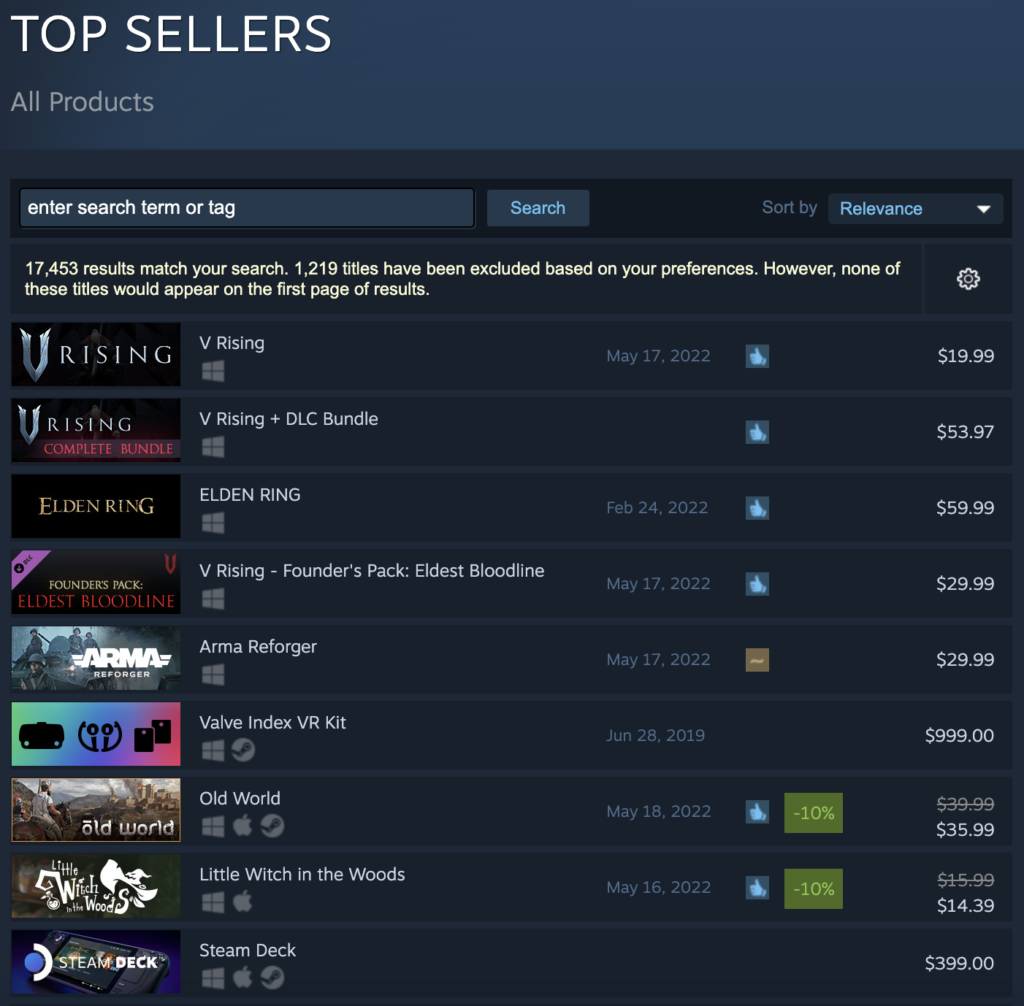 Not only did V Rising surpass 100,000 players on steam, the game now has 500,000 players in total days after launch, a major milestone for any indie developer.

It's official! 500,000 Vampires out there have stepped foot into Vardoran! Thank you all for joining us on this journey! pic.twitter.com/35pLD6DQW2

V Rising is currently in early access, and is still in development. A full version of the game is expected to release in the next 12 months according to the developer, and will take into account player feedback and improve the game over this time period.

Our focus is to ensure the best experience possible. It is difficult to say precisely how long it will take to process player feedback and further develop the game accordingly. That said, our goal is to finalize the game and leave Early Access within 12 months. – Stunlock Studios

V Rising is an open world Dark Fantasy MMORPG that takes inspiration from games such as Valheim and Diablo. The Vampire survival game features mechanics such as crafting, raids, building and more. The game is currently in early access with a price of $19.99. It is uncertain if the title will ever be free to play. Stunlock’s previous title Battlerite became free to play after a paid early access period.

V Rising is rising fast, and time will tell if the game will be as popular as other indie titles such as Phasmophobia and Valheim.