Far Cry is one of the most popular video games series in the world. I’ve been playing the series since Far Cry 3 and I’ve never been disappointed. The open-world environment, story, characters, Far Cry 6 weapons, and the amount of freedom you get is something that keeps you attached to the game. And just recently, Far Cry 6 came out and I had to instantly jump straight into it. If you already got the game, make sure to go through Best Far Cry 6 Settings as well.

The game allows us to explore the beautiful island of Yara, which is under the control of a ruthless dictator who goes by the name Anton Castillo. If you’re someone who has watched Breaking Bad, then you will get a nostalgic feeling upon seeing the game’s main villain. This is because Anton Castillo is voiced by Giancarlo Esposito, the very actor who voiced Gus Fring in Breaking Bad.

The Story and Gameplay (Potential Spoilers)

The story revolves around how Anton Castillo has taken control of the island of Yara and how he’s using every violent way to build and improve his empire. You get to play as Dani Rojas, whose ultimate goal is to take down the big bad guy. Well, this wasn’t his primary goal as he was first focused on escaping to the United States of America so that he could live a peaceful life. As you might have guessed already, that didn’t happen and the death of a few close people and some motivational talks from his comrades made him change his goals.

At the beginning of the game, you get the luxury to choose whether you want to continue the story as a male or a female character. After you’re done with making the choice, you are instantly thrown into a situation where you need to make a quick escape and reach a boat that will take you far away from the cruelty for Castillo. However, the escape plan fails (you wouldn’t had to continue the story if it didn’t) and you end up on the shore of a beach. You then get to meet a set of new faces, and the game then properly begins.

Throughout the story, you will get to experience missions in which you will need to take over different regions, something that we will talk about later. You will do this by destroying various outposts, helping fellow rebellious groups, taking down top officials of the Castillo Empire, and so on. Overall, the story is compelling. Considering each region will introduce you to a new group of revolutionaries, you will always have something new to look forward to. The characters that you’ll meet aren’t boring either and the missions will let you have plenty of fun. However, there will be times when you’ll be able to predict what will happen next.

You also get the chance to mess around with the enemies if you don’t feel like playing story missions. You can do this by capturing different check posts, bases, taking down Anti-Aircraft sites, and a bunch of other things. These tasks aren’t that difficult as you’ll only need to focus on eliminating all the enemies in the area and taking down different objects. However, the amount of chaos you get to create during the process is something that makes it totally worth it. Furthermore, taking these things down will also let you freely roam around Yara. For instance, without Anti-Aircraft sites, you’ll be able to fly without worrying about a missile hitting your plane.

Hunting and fishing has also been reintroduced in Far Cry 6. If you have played the previous installments, then you already know that fishing and hunting can help you gather different resources. You can then use these resources to craft some important materials or equipment. If you’re short on cash, then you can also sell them for a price. The amount of cash you’ll get in return will depend upon the kind of animal you hunted.

A major thing which I didn’t like about the story was how the word “guerrilla” was overused by almost every other character. All the characters ever talk about is what a guerrilla is, how great a guerrilla is, what a person should do to become a guerrilla, and so on. You’ll get to hear the word over and over again to a point where you’ll start hate being called one. Jokes aside, this is something that prevents you from taking a lot of interest in side characters. Even some main characters are also overusing this word, and this will was a very big negative point, at least for me.

The review would be incomplete without talking about the game’s main bad guy, Anton Castillo. I’m going to be honest here. For me, Vaas was the best Far Cry villain, followed by Pagan Min. I was expecting Ubisoft to introduce someone better than them, or at least on the same level as them in the sixth installment of the series. However, after witnessing the character of Castillo, I was disappointed. This is mainly because during most of his screen time, Castillo is seen convincing his son to become like him.

Throughout the game, you’ll think that you’re facing a harsh dad instead of a ruthless dictator. Furthermore, another disappointing thing about Castillo was that he was all about talk and less about action. I’m not saying that Castillo’s character was dry or anything, but Ubisoft could have done a better job than it by giving him some more action.

Now, lets get down to possibly the most important part, the map of Far Cry 6. Before getting the game, I was worried whether I’ll get to explore a place filled with a lot of exciting and beautiful locations or will I get to experience something dry; safe to say that it was the former. In fact, even though the game isn’t better than some of the previous installments, the map is better than all of them. That’s right, Far Cry 6 easily has the best map in the entire series and its all because of its different regions. Ubisoft once mentioned that the game will feature one of the biggest maps so far, and they weren’t wrong.

The map is divided into four different regions; El Este, Madrugada, Valle De Oro, and the one where Castillo resides, Esperanza. Other than these four regions, there’s another small region called Isla Santuario. This is the place where you start the game, but you leave it once the main story begins. Therefore, your main focus is going to be on the four mentioned regions only. While the map may be big and all, you can use different vehicles to get from one point to another. These include cars, planes, helicopters, and more. But for me, a horse is the perfect choice for travelling as you get to explore the map in a whole different way thanks to it. Furthermore, you’ll also unlock Fast Travel points as you visit new locations.

Each region is controlled by different officials of the Castillo Empire, and you’ll also encounter a different group of rebels in each one. The game gives you the luxury to start from whichever region you want, but one of your allies will suggest you first visit Madrugda. The locations in every region have their own levels, and it would be wise to not visit an area until you’ve reached its level. This is because if you decide to visit it a level 10 area while you’re still at 2, then you’ll most likely get killed before you even get the chance to say guerrilla.

Ubisoft has always done a remarkable job by introducing amazing weapons in the Far Cry series. Thankfully, Far Cry 6 hasn’t disappointed in this category as well. The game allows players to choose from a wide range of weapons, such as Assault Rifles, Sniper Rifles, SMGs, and more. However, the main addition to the game’s combat that was not found in the previous Far Cry titles are the Resolver and Supremo weapons. Players can carry around a total of three primary weapons, a sidearm, a couple of throwables, and a Supremo in their arsenal.

Resolver weapons can be crafted using specific materials and are different from regular weapons. For instance, you can use a Nail Gun as a Resolver weapon and you’ll be surprised by the amount of damage it does. As for Supremo, you can refer to them as your character’s ultimate ability. This is because they can help you create havoc in the battefield. The first Supremo you’ll get in the game will let you fire a bunch of rockets towards your desired location, while the rest of them can send out a powerful EMP blast, create a ring of fire, and so on. There also exists a work bench that lets you upgrade your weapons using different materials.

Another new addition in Far Cry 6 is the gear system. You get the luxury to choose different gear for your head, arms, legs, and feet. However, this gear is not just made for cosmetic purposes as it provides your character with some added effects as well, such as letting you store more sniper ammo or making your melee weapon swing faster. You can also use Amigos in combat, a feature that was first seen Far Cry 5. This feature lets you keep an animal along your side who will help you out in combat. However, these Amigos are only useful during the early stages of the game. As for vehicles, they can also be customized in a variety of ways so that you can use them against your enemies as well.

I’ve always been a big fan of the visuals of the Far Cry series. As for Far Cry 6, it is definitely a visually stunning game. The best part is that each region is different from the other in terms of looks, and you’ll always have beautiful locations in your surroundings.

I tested the game on the Asus Zephyrus G14 2021. It has the following specs:

With everything set to ultra, I was able to get more than 60 FPS throughout the time. However, this was without DXR Reflections and DXR Shadows off. With these two options on, the frames remained between 50-55 and I was unable to hit the glorious 60 FPS target. The VRAM usage was around 4.5 GB.

I would be lying if I say I didn’t face any bugs or glitches while playing the game. There was a time when I saw a couple of glitch effects during one of the cutscenes and it was pretty annoying. In addition to this, there’s a big problem with the textures. Most of them don’t load properly and are low in resolution. Everything is fine as long as I’m looking at something from far away, but as soon as I get close and look at it with my sight aimed down, the quality gets ruined most of the time. So this is definitely something Ubisoft needs to address.

Overall, Far Cry 6 is a good game, but Ubisoft could have done a better job with it. There were times when I felt as if I was playing a previous installment from the series. This is because other than the map, the game’s new villain, and a bunch of other features, nothing felt new. If you’re someone whose a big fan of creating havoc, then you won’t find anything wrong with the game. But other than that, you will get disappointed at some points. 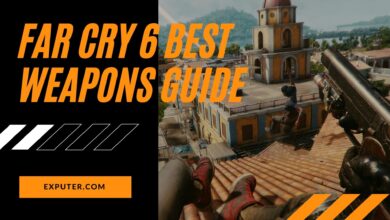 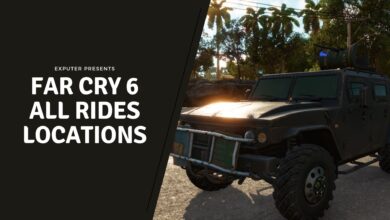 How To Get All Four Rides in Far Cry 6 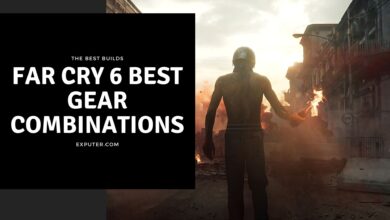 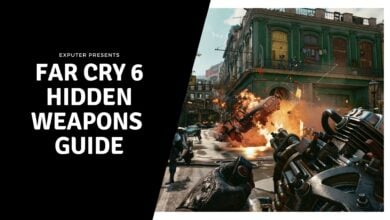