Resident Evil as a franchise has experienced metamorphosis numerous times throughout its life. From its inception as a fixed-camera survival horror series where combat was the last thing you wanted to do. To a balls-to-the-walls insane Michael Bay-style action romp, and then back to survival horror but now in first-person.

The series has had a bold and occasionally bumpy road but has never been shy of evolution. But I think we can all agree that throughout Resident Evil’s long run, not a single game proposed a bigger and bolder change than 2005’s Resident Evil 4.

A game that changed not only the Resident Evil series but gaming as a whole. But everyone knows how influential Resident Evil 4 was.

Yet what people hardly discuss is why Resident Evil 4 is such an immaculate experience. Even today, minus the game’s somewhat challenging controls, it’s a game that feels as fresh to play as it did in 2005.

I myself have put over a dozen playthroughs of Resident Evil 4 over the years; it’s a game that I ritually play at least once to multiple times every year. And every new year, without fail, I return to RE4, and every single time I play it through its entirety. After which, I spend a dozen hours in The Mercenaries.

What makes Resident Evil 4 such an entertaining experience, though? Why is it that over a decade later that Resident Evil 4 continues to be a game that people go back to?

Resident Evil 4 shakes things up by taking what everyone hated about games at the time, an escort mission, and expanding it throughout almost 60% of the entire game. Ashley is the perfect escort companion, way better than anyone else to do it since.

She doesn’t get in the way, she actively assists you during many of the puzzles, and she’s always glued to Leon like an extension of his body.

Seriously, it’s genius! Having the escort not be something you have to actively have to babysit and instead feel like it just gives you a bigger hitbox was a superb decision!

Plus, she does a cute little fist bump every time you get an instant kill which is…okay. It’s a little grim but also really endearing. This isn’t even the only clever detail about the game; it’s a game that’s rife with such small touches.

The story too is great. It’s not particularly good, but it’s good because RE4 happens to be a game that, whether intentionally or unintentionally, does not take itself seriously in the slightest. The entire premise is ripped straight out of a foreigner’s perception of Hollywood cinema at the time.

Utterly insane and bombastic, with one sole badass trying to stop a large-scale conspiracy while protecting the girl. It exemplifies everything of the “macho action hero” era of Hollywood, and it works wonderfully because of the game’s…intellectually stimulating dialogues.

Because there is nothing that sells the seriousness of a world-ending threat than an angry midget in a Victorian outfit having a middle school level back and forth with a US operative.

The second recipe that makes Resident Evil 4 so engaging is its combat, and I know what this is starting to sound like, “Hey, this man just wants to gush over RE4!” and yes, that is exactly my intention.

The combat in Resident Evil 4 is nearly perfect. It relies on one of the most interesting aspects of any combat system, where every action is actively decision-based. Imagine a slower, more grounded DOOM Eternal with way fewer buttons.

The game loves to throw a huge number of different enemies at you from different corners and just lets the player’s imagination run wild on how they’ll deal with it.

This makes Resident Evil 4’s combat feel almost like a sandbox. Every single playthrough feels different because you’ll always be able to approach encounters from a slightly different way.

Bunch up a huge number of enemies together and throw a grenade. Pick them out individually with a sniper rifle, Pop a shot from your pistol, and rush in for a roundhouse kick for some easy crowd-control.

Resident Evil 4 excels in letting you approach its combat encounters on your own terms. That’s what separates it from the majority of lesser third-person shooters. There’s always a new strategy to pull off, something cool to try out. It never gets old.

Throw in an addicting progression system that introduces new weapons and upgrades at just the right moment and some incredible hit feedback, and you have an action game standing at the precipice of perfection.

It also happens to be a game that absolutely soars in VR. The game’s VR recreation is something that needs to be seen to be believed. An utterly breathtaking experience that gives a new vision of an already phenomenal game. So much so that Meta itself has released a bundle for the Meta Quest 2 that comes with Resident Evil 4 VR.

Any campaign can only be as good as its pacing, bad pacing can make even the most satisfying combat and storytelling feel utterly miserable to go through.

To Resident Evil 4’s credit, it has some of the best pacing of any game I may have ever played. While parts of it I do dread from time to time, it’s a game that’s impossibly difficult to put down once you start playing.

I even love the divisive island sections due to their focus on action and how much they test you when it comes to the game’s combat.

The game’s pacing comes in two-fold.

Resident Evil 4 has this real escalation where the story slowly rises in stakes as it goes in, and the gameplay reflects that with every change. It understands when to introduce something new and pit the player against a terrifying monster in a sewer.

Secondly, it’s slowly escalating difficulty. The entire village segment players will be learning how everything works; it introduces the Las Plagas parasite that pops out of enemy heads, three boss fights, and a ton of varied encounters to show you how the game’s enemies work.

Then you get to the Castle, which checks what the player learned in the Village while introducing new threats to learn and earn mastery over.

Then it’s followed by the Island section, and it puts everything you’ve been learning throughout the game to the test. Pushing the game’s mechanics to its limit, resulting in one of the most fun and action-packed segments of the entire game.

Now all of this comes together to form this wonderful concoction of action game design that feels relatively modern even with today’s game design conventions in consideration.

In fact, the game feels fresher as a whole because of how much the landscape has shifted over the years. It’s great to play a no-nonsense action game that feels all killer-no filler. That isn’t concerned with large open worlds and deep-engrossing stories.

While at one point, I was extremely skeptical of the fact that Resident Evil 4 was getting a remake. Over time I’ve come to sort of appreciate and understand it.

While I’d love to see a remake of a Resident Evil game that actually kind of requires one *cough* Code Veronica *cough*, it’s great to get to see a classic in a new light.

My favorite remake and, in turn, one of my favorite games of all time, is the remake of the original Resident Evil. Part of that is because the remake has a lot of respect for the original, yet it also makes some drastic yet genius changes. Making for an experience that feels both fresh and unique.

As someone who’s finished Resident Evil 4 over a dozen times, I’d appreciate playing a different version of the game. And hey? If I don’t like it, there’s always the original game, as perfect as ever, 14 years and counting. 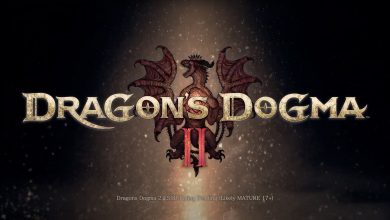