A very popular event in the gaming community is the extremely popular Steam sales. Steam sales usually garner intense popularity, and always for good reasons. Every time there is a sale, the hype, and increase in sales between many different genres of games go up tremendously. But every time a sale occurs, a game or two is hidden beneath the rubble.

This year, in particular, the sales of many of the games released were astonishing. But the thing is when big AAA games start to overshadow the industry, more miniature more compact games end up being swept aside until they are rediscovered. This is basically how these hidden gems are formed.

Steam made a pretty warm announcement about the sale. “There’s a feeling of holiday magic in the air—specifically the kind of holiday magic that translates to massive savings on thousands of games during the Steam Winter Sale, December 22nd at 10 am PST through January 5, 2023, at 10 am PST.”

They continue, “While you’re visiting our magical “town” of deals, don’t forget to cast your vote in the 2022 Steam Awards! Beginning Friday, December 16 at 10 am PST, we’ll be announcing your nominations in each category.” So alongside the sale, the Steam awards will also be occurring.

This year, of the many gems, one worth talking about is The Stanley Parabel. The Stanley Parable: Ultra Deluxe is about an office worker, Stanley, arriving at his office on a normal day only to realize no one is there. Delve into a psychological and reality-bending game that breaks the boundary on what’s considered normal.

This game may seem casual by its gameplay, but where it really gives way is its story. The next game is a much more open experience. Roadwarden, an illustrated, text-based RPG feels like cracking open an old musty fantasy novel and curling up in front of a warm fire to read about brave heroes, or not so brave not so heroic characters.

Venture out into the wilds to see what’s there. Choosing your own adventure, you’ll have to manage your character’s stats and appearance, and disposition while navigating a sleepy peninsula that hides a society riven with distrust, magic, religious cults, and violence.

Another title worth buying is Shadows Over Loathing, a sequel to its predecessor, The West Of Loathing. This game is a comedic twist on RPG elements, decisions making, and a lot of reading, like, a lot. Another cute but Demonic game is The Cult Of The Lamb.

Although, a really unique thing about the game is the many types of rituals and some unique buildings. Summoning demons were always interesting, although at the cost of a follower.

Doing rituals was pretty simple but I loved the concept, and just watching your followers go by their day was very relaxing, too. A very mixed experience, but it could be a very good one for a specific type of player.

And there are so many others like AI: The Somnium Files, Scorn, Symphony of War: The Nephilim Saga, Sunday Gold, $14.29/£11.36, and DNF Duel. With Steam keeping up high-quality sales and breaking expectations every year, we can expect more gems to appear very soon. 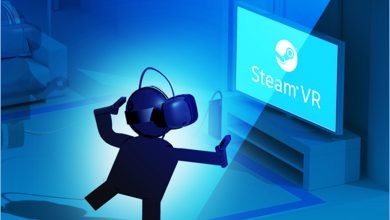