In the following list, we are going to mention both Tactical and Lethal equipment. Some of them are unlocked by default, while others become available as you progress through the levels.

The Frag Grenade is the best when it comes to dealing with a great amount of damage to enemies. It can also be used against a group of enemies, as it damages anyone caught inside its explosion radius. In Modern Warfare 2, there are times when enemies hide behind cover, and there is no way to shoot them. You can throw the Frag Grenade toward such enemies, and they will come running out of the cover.

The best part about the frag grenade is that there is a timer attached to it. You can cook the grenade and give your enemy less time to react to it. For instance, the grenade normally takes around 5 seconds to explode. However, you can keep it in your hands for 2 seconds and then throw it towards your targets. This will give your enemies around 2 to 3 seconds to react. However, ensure not to cook it for long as you’ll kill yourself.

If you are someone who loves to trap enemies, then you will instantly fall in love with the C4. This is lethal equipment that can be stuck anywhere and detonated remotely. Thanks to this, you can take down a group of enemies quickly.

There are times in Modern Warfare 2 when enemies are chasing you. Or, you might be someone who likes to make the enemy team run around in circles. Nevertheless, keeping a C4 in your inventory can make things more fun. You can plant it at a point that you think the enemies are going to cross and then move away from it. Then, whenever your enemies get near the C4, you can detonate it remotely by pressing the designated button.

The C4 can instantly send your targets to their graves. It does not matter how many enemies are near it; the C4 will kill everyone caught inside its explosion. However, make sure that you stay at a safe distance from it, as you might get killed otherwise.

As discussed earlier in our guide, there are certain enemies who are always hiding behind cover. Or, there could be situations where a team of enemies is in one room, and you’re in the other. This is where the Drill Charge comes in, as it can help you annihilate targets that are on the other side of the cover or room.

The Drill Charge is a unique piece of equipment that is seen in the Call of Duty series for the first time. Even though it may seem something complicated at first, it isn’t. All you need to do is place it on a surface, and it will drill through it before exploding. In other words, if your enemies are on the other side of the room, you can place it on the wall, and it will drill its way to them.

Overall, the Drill Charge is pretty amazing, and it can help you out in critical situations. You can either use it to ambush opponents or make campers crawl out of their spots. The best part is that it even works on vehicles, so there’s no stopping you when you have the Drill Charge in your hands.

There are times when you have to defend a certain spot in Modern Warfare 2, and you can’t move around too much during this time. Because of this, you must constantly watch your back as enemies can sneak up to you. But by using the proximity mine, you can stop worrying about this.

The proximity mine is something that can be placed anywhere, and it explodes if any target comes near it. You can place it somewhere near your location and then focus on the enemies in front of you without worrying about someone sneaking from behind. For instance, if you are inside a room, you can place it at the entrance. This way, if you are shooting through the window and some enemy walks into your room, they will get sent to their grave.

You can also use the Claymore for this purpose. Both can protect you from getting attacked from behind. The only difference is that the Proximity Mine deals damage in a circle, while the Claymore only damages the targets in front of it.

In the game, there can be times when you have to enter a room or go through a certain spot, but multiple enemies are defending it. This is where the Flash Grenade comes in. You can throw it at your preferred location, and it will then explode. The explosion will blind all nearby enemies, and they won’t be able to hear anything properly as, well. You can use this time to either go past all of them or take them down.

It is important to remember that the Flash Grenades in Valorant and CS: GO differ from those used in Modern Warfare 2. The ones used in the former games are not that strong, and you can lessen their effect by looking away. However, in Modern Warfare 2, the effect is extremely strong and does not go away easily.

Tricking your enemy is the key to winning matches in Modern Warfare 2, and there isn’t anything better than the Decoy Grenade for this purpose. By using it, you can trick your enemies into thinking that you’re at a certain location while you might be just behind them.

The Decoy Grenade works in a way that makes you appear at a different location on the enemy’s map. It gives off wrong radar signatures to confuse the enemy. Thanks to this, you can use this time to go through a different way to sneak up on your enemies. You will be able to catch them off guard, as they will be busy focusing on the wrong spot.

The Heartbeat Sensor has remained a popular choice in the series’ previous games, and the same can be said for Modern Warfare 2. It is easily one of the best pieces of equipment in Modern Warfare 2, and you can use it to track down your targets.

The Heartbeat Sensor can detect the heartbeats of nearby enemies and pinpoint their exact location on the radar. This can be used during situations where you have to proceed with caution and can’t afford to get killed. Thanks to it, you can prepare for a fight in advance or learn whether you will be dealing with single or multiple enemies.

The duration of the Heartbeat Sensor has been limited in Modern Warfare 2, but it is still worth using. Furthermore, you will have to make significant progress in the game before you can start using it, as it gets unlocked at level 40.

Keeping yourself alive during a match should be your number one priority, especially if you are trying to get those killstreaks. However, your enemies can annihilate you quickly, especially when you’re low on health. This is where the Stim comes in.

If you are low on health, you can use Stim to heal your wounds quickly. Not only will this bring your health back up, but it will also refresh your Tactical Ability. Therefore, if you are always worrying about getting killed too quickly in combat, it will be wise to keep this in your inventory.

This was everything you needed to know about the best equipment in Modern Warfare 2. Keep in mind that the list is based on our personal choice, and you might find other equipment better than these ones. We can expect the developers to add more equipment to the game through future updates.

When that happens, we will make sure to update this list. Also, if you want something for close combat, you can check out our guide on the best shotguns in Modern Warfare 2. For ranged players, we have a guide on the best snipers as well. 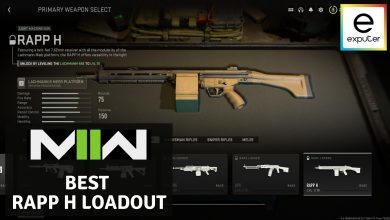