Genshin Impact is primarily a Gacha game, and as such, it has several different characters that you can unlock. To be a bit specific, there are currently 22 playable characters in the game, and many more will be added going forward.

Now six of these characters are unlocked just by playing through the game since they are critical to the main narrative, but the rest of them can only be acquired by engaging with Genshin Impact’s Gacha system, or ‘Wishes‘ as they are more commonly known.

There’s an element of luck and chance involved when using Wishes, and more often than not players can expect to see a lot of weapons as opposed to new characters, forcing you to buy multiple wishes before you get your hands on what you want.

To buy these wishes, players need to spend a premium currency known as Primogem in Genshin Impact, and of course, it goes without saying that the best way to get these in a Gacha game is to spend actual money.

But if you’re willing to grind it out, it is unquestionably possible to acquire some free Wishes and Primogems in the game. It’ll just take a bit of time.

Similar Reads: How to Unlock Exocrafts in No Man’s Sky Origins Update

How To Get Some Free Wishes

Use Redeemable Codes: All across the internet, including the official Genshin Impact forums, you can currently find redeemable codes that will reward you with in-game premium currency and multiple other rewards. To get these, you will have to find some of these codes and input them on the official Genshin Impact website. Afterwards, just link them to your account, and you are done.

Free Event Rewards: You can also play the game right now to get a bunch of free wishes in your mailbox. Since the game is currently very new, the developers are being very liberal with giving away a lot of free rewards and wishes to anyone who jumps into the game.

We don’t know how long these rewards will last, but the earlier you jump in, the more chances you have of getting these free event rewards.

Level Up Your Adventure Rank: Playing through the game and levelling up your adventure rank will reward you with some free wishes when you reach certain milestones. These aren’t a lot, but they’re something, and you can get these from the receptionist in the Adventurer’s Guild.

How To Get Acquire Primogems

Once you’ve exhausted your supply of free Wishes, the next step is to acquire as many Primogens as you can. Once done, use them to buy even more wishes.

Thankfully, there are many different ways you can acquire Primogems:

Now once you start building up a nice pile of Primogems, remember that you need precisely 160 of them to make one Wish. And not all of them will yield Characters.

So It’s generally a good idea to save up your Primogems and use ten wishes at a time since that guarantees at least one four-star reward. 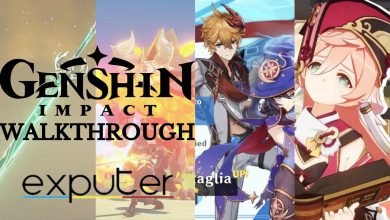 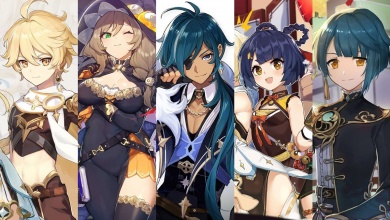