Saints Row portrays amazing open-world gameplay, years-old repetitive formula, and the same old mayhem but completely built modern graphics. You can pretty much find lots of things returning from the original game to this one but the voice actor are the new element here. Our Saints Row Voice Actors guide details all voice and cast members for the prominent players in the game.

All Voice Actors In Saint Row

To be able to play your favorite game and know the names of all the people who give voice to those characters in the game seems amazing. All the characters in Saint Row are pretty fantastic and fun. Volition has done a great job increasing Saints Row, and they are leaving no stone unturned in making it sound alluring as well.

The players will also be able to customize their characters in the game. Doing so would also allow them to change the voices of the Boss. Get along for the ride to discover all the amazing people who have voiced your characters in Saints Row.

A total of 11 people have played a huge role in giving voice to all the bosses in Saints Row. Let’s learn about the names of those actors and the qualities their characters possess.

Neena is the driver in the game, Saints Row. The incredibly talented Jeannie Tirado voices her. Some of the greatest works of Jeannie Tirado include Zera in the Dairy Tail Zero, Closs Glass’s Leila Malcal, Android One in the famous Dragon Ball Z Fighter, and Byleth Female in the Fire Emblem series: Three Houses.

Furthermore, her main focus is on giving voice to the characters of the anime genre. She played a huge role in the League of Legends as Vex and Genshin Impact‘s Kujou Sara.

Your character Kevin is playing with no shirts but lots of action and power. Furthermore, the famous Greg Chun is the one actor to give life to this character’s voice. He is the one who gave voice to the main character of the series, Squid Game’s main protagonist Seong Gi-Hun. Not only a voice actor, but Gren Chun is also a musician.

His career is not only limited to games but other media-related fields as well. Some more of his work includes Super Smash Bros, where he was a voice for Ike. Also, in Damon Slayer, he voiced Muzan Kibutsuji.

The mind behind all the criminal activities in Saints Row is called Eli. And the mastermind has been voiced by Eugene Byrd! Yes, that’s right. The famous actor is not only good at acting but can also serve as a good voice actor. However, Eugene has not been a part of a lot of video games.

Some of his most famous works include playing Dr. Clark Edison in Bones and CJ in Reasonable Doubt, in which he starred recently. He also had some roles in American Dad, Family Guy, and, most famous, Teenage Mutant Ninja Turtles. So, get ready for some most incredible work as Eli in Saint Row.

Now let’s get to the actors who have given voice to the bosses in Saints Row.

Now, we will be discussing all the voice actors behind the bosses in Saints Row.

The first voice actor that we have for voicing the Boss is Max Mittleman. As we move forwards in discussing the actors behind the voices, Max Mittleman is quite famous. He is known for giving voice to characters in video games, the genre of anime, and animated characters.

He has done some of the most eminent work in his career, including One Punch Man, where he voiced Saitama. Moreover, in Seven Deadly Sins, he gave voice to the King and Ryuji Sasamoto in Persona Five. And by the looks of it, it seems to be that Max will be bringing us his best work as a fictional character, murder machine as the Boss.

Our second Boss on the list is voiced by the actor Erica Lindbeck. Erica Lindbeck comes from the state of Boston, Massachusetts. In Marvel’s Movie Spider-Man, she gave voice to the Balck Cat. Her work also includes voicing Cassie Cage in Mortal Kombat.

Moreover, she is being starred in Ragnork: God Of War. As a boss in Saint Row, she seems to give a very hard time to other players. Her bossy vibes and ability to always go for the right things are extremely fascinating. She also has a nice way of sprinkling angst.

The third actor on our list who gave voice to one of the bosses in Saint Row is Catero Colbert/ Catero Colbert has done a great craft of work in his timeline. From giving voice to Naruto: Shippuden as the Killer Bee and voicing Boruto’s Araya.

He was a huge fan of Saints Row and initially started by giving voice to one of the pedestrians in the game. However, he soon got to be the voice actor of the bosses by hitting it off with the game’s directors.

Bryce Charles was a famous actress in the television and film industry. However, she has recently turned into a voice actor for Saints Row. Her famous work includes being in the Tales Of The City’s Marlowe and Black-ish’s Crystal.

Starting as a voice actor, Saints Row is Bryce Charles’s first choice. However, let’s keep our fingers crossed on it not being her last.

Antony Del Rio started his career as an actor in the television and film industry. However, later on, he turned into an actor after giving his best work as Ekko in the League of Legends. He also gave voice to the Pit/Dark Pit in the id Icarus.

Some of his most famous works include giving voice to the Metal Gear Solid Series’s Chico. Giving a little fun to Antony, let’s not forget his mustache that he wants us to keep in our minds vividly.

A three-times-nominated actress for the Daytime Emmy, Emily O’Brien, is here to voice one of the bosses in Saints Row. She was a voice actor in the League of Legends and gave voice to Camille and Samira both. Emily has starred in Death Stranding. Furthermore, as a boss in Saints Row, she puts a little British touch on the character.

Adam Michael Gold comes with a little unexpected action in the game, Saints Row. He was a very famous stuntman; however, he turned into the film and voice actors industry soon after discovering his talent for it. Starring Jim Lockhart in Vermijo has to be one of his most famous works.

As a boss in Saints Row, he makes use of all the western experience he possesses to give it a little tough, cowboy touch.

Her first work as a voice actor in a video game is Saints Row. She looks to be a promising character in the game, with her unique qualities and witty nature. Rachel Brutta has worked in the famous Movie Star Wars: Episode Eight- The Last Jedi.

More of her work includes being a part of the animated movie Boss Baby. However, she is best known for all the impersonations she does of celebrities.

The game Saints Row starts in a city called Santo Ileso, on the southwest side of America. It is a fictional city based in Las Vegas, Nevada. There are three gangs of criminals in Santo Ileso. One of the gangs is all about good vehicles and fitness freaks.

Furthermore, The second gang is all about the clubs, called an anarchist gang. The third gang includes all defensive corporations related to the military and also has armed and high-tech advancements.

The Boss, who is an old member of the Marshall Defense Industries, selects certain people from all these gangs. After doing that, he takes away all their power. Moreover, the members of this gang are Neenah, who works as a driver; Kevin, who manages all the heists; and Eli, who takes care of all the Boss’s activities.

There are nine districts in the game. The players are supposed to take over and use all the empty lots. Moreover, they can launch illegal businesses with the gang there. Being able to use your vehicles and other armed weapons seems pretty cool, right?

Each Player in the game will have the choice of choosing their character of Boss, making it through the game. Let’s not keep you waiting anymore and hop onto the topic of our guide.

Let’s conclude our guide on the Voice Actors In Saints Row by saying that all the actors used to give voice to these characters are incredibly talented. Their talent to change voices and their pitches are fascinating. Moreover, it won’t be difficult for us to say we are looking forwards to seeing these actors play more characters and polish their craft even more. 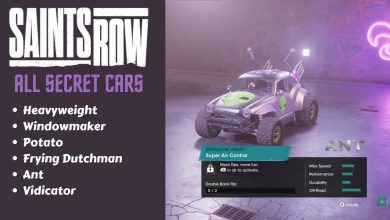 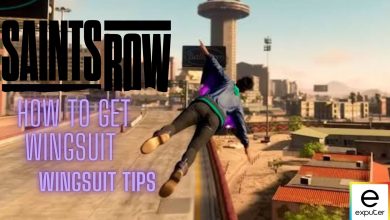 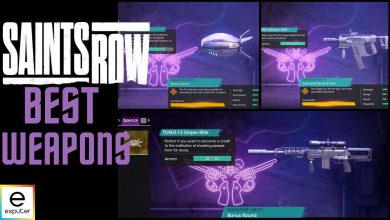