The extraordinary League of Legends game mode, Ultimate SpellBook, is back again with its latest 12.13 patch and guess what? It’s certainly no less exciting than anytime before. This time players are required to equip not three but four ultimates for themselves. Fear not, though, as our Ultimate SpellBook tier list helps you decide who to play.

A player’s choice will last throughout the game; therefore, we’ll be helping you make the most informed decision early on. Ultimate SpellBook 2022 tier list relies on various factors, including versatility, usefulness, and all-around power of LoL characters. Without delaying it any further, let’s get into it!

The SpellBook tier list comprises five tiers that go as:

The S-tier dwellers are the ones who most deserve a spot in a winning team because they are actually those who will lead you to triumph in the first place. These champions house incredibly robust ultimates that can flip the battle instantly with minimum effort required. Add the S-tier Ultimate SpellBook units in any team composition to see the team win like never before!

They can easily outnumber a bunch of strong enemies. All in all, if you find no character to choose from in the S-tier, the ones listed below should be your top priority then.

Characters ranked here are less recommended due to their slightly compromised versatility and general effectiveness in battles relative to the ones you just met above. These Ultimate SpellBook units can, however, manifest their own play sometimes, consequently proving to be an essential team part. Nevertheless, they are not the pick you should rely on if staying in Ultimate SpellBook for a longer span is your goal.

C-tier units fall into the weaker collection of our Ultimate SpellBook tier list, but we won’t say that they are entirely non-worthless. Long-time expert players can still take risks and experiment to find viability in these. Those new to LoL and who want to stick to the safer road are recommended not to come close to these options.

This is the least recommended tier of the list. In fact, we will urge you to avoid the Ultimate SpellBook characters listed below the most you can as they are simply unable to compete with other units and hence are not viable in the current meta.

With a bunch of different power combinations within each unit, it’s inevitable to get past characters in Ultimate SpellBook who display a better show of strength than the rest. Here are some of the top high-performing characters of patch 12.13 who will surely increase your chances of triumph in a breeze.

While there may be various factors that make Ultimate SpellBook different from other LoL modes, the biggest of all is how smoothly can units with innate mobility cut their way through victory. Yone is one of such units in the game who tends to become even more powerful when it doesn’t require any mana.

From Skarner to Kayn or Nocturne to Azir, Yone will work reasonably well with any ultimate combos you choose. The character is also versatile in terms of ultimate abilities as all will either offer him extra dashes or added damage.

If you aim to pick the best, however, you should opt for the Soul Unbound ability only. With this, Yone can take the foes by surprise while staying relatively safe.

Lee Sin is another masterpiece option of the SpellBook tier list that is not restricted by mana caps. Thanks to his W and Q, the character can easily hop to any corner of the map, offering players multiple opportunities of Dragon’s Rage to quickly displace foes.

With Lee Sin, you can access various champion ultimates to startle enemies. For a start, players can either pick mobility-packed units like Zoe or Ahri or prefer the mighty ones that house robust AoE knockbacks like Gragas or Azir.

Diana is the first AP Assassin unit from our LoL Ultimate SpellBook tier list to earn a spot here. The most ideal ultimate combos to match with Diana can be Morgana, Nocturne, or Ahri. We’ll recommend pairing Diana with Lissandra, however, as she can easily extend Diana’s time being in melee stance by Entombing herself.

The unit can also get into intense battling circles thanks to the Lunar Rush on board and can keep the enemies close with Moonfall. Moreover, Diana possesses the ability to inflict massive burst damage in succession. However, you will soon experience that she falls weak to return damage and can hardly manage crowd control.

Given Irelia’s mobile nature and the dueling prowess she gets, players will see how versatile the unit tends to sit with whichever combination of ultimates it’s provided. You can also bundle her up with any crowd control and mobility effects; however, damage rendering abilities will always provide a bigger burst punch.

The most ideal ultimate combos to use with Irelia can be Talon, Cho’Gath, Gwen or Yone. Talon offers enough stealth to allow players to outplay powerful foes, while Cho’Gath’s provides ultimate damage along with stacking health which consequently results in swelling your staying power.

If you pair Irelia with Yone instead, you will be allowed to enjoy engaging from significantly distant ranges. Gwen, on the other hand, will help unleash Irelia’s former ultimates.

Jhin lacks a ton of mobility relative to the best Ultimate SpellBook tier list characters you have just come passing by. So what still makes him a worthwhile pick? Jhin is an amusing marksman to try your luck on, thanks to his long-range capabilities.

This includes Jhin’s very famous Curtain Call and Deadly Flourish ultimate that will quickly weaken more than a few robust units of the opponent’s side. You can then use extra global ultimate or set up your R and W via obtained ultimate to take down the weakened instantly. The ideal ultimate combos to take along Jhin are Ezreal, Ashe, Xerath and Lux.

This is another immobile beast of the SpellBook 2022 tier list who, thanks to multiple reasons, circumvents his apparent drawbacks to earn a spot here. To start with, Darius can be coupled with the very potent Olaf to prevent yourself from being crowd controlled or slowed.

Darius also tends to offer great synergy with Jarvan and Mordekaiser to initiate multiple arenas that make it hard for enemies to escape. Nocturne and Rengar on the split side can help players unleash a solid melee stance while providing extended engage ranges.

Known for dealing massive burst damage while keeping himself at a safer spot due to his ult, Ekko is another worthwhile AP Assassin of the Ultimate SpellBook tier list. Ekko is relatively much more mobile than usual ultimates and can hence be paired with multiple choices.

Keep damage-based units like Gwen in priority, however. You can also pick someone with extra crow control strength, for instance, Lee Sin. Nevertheless, Ekko manifests a Yone-like highlight potential if players manage to sync Skarner.

Players can also Impale the enemies, followed by Chronobreaking back to the previous stance. This will send the enemies shooting back to a distant spot in the arena, halting any lethal attacks.

Zac is the only tank Ultimate SpellBook champion to make it to our best characters list. Thanks to his Elastic Slingshot ability, Zac packs a mind-blowing range, ultimately helping your team hail as a hard engaging combo on the battlefield. With his Stretching Strikes and Let’s Bounce, Zac can also perform long crowd control series; however, he houses a ton of other flashy plays too.

Nevertheless, Gragas and Azir are the most prominent combinations to have with Zac. They can displace numerous enemies at once, both towards the team or away from it, in case you want to avoid incoming damage as much as possible. Cho’Gath, Bard and Rell are potential ultimate combos one can wield along the mighty tank, Zac.

Aatrox is a relentless battler that can advance throughout the skirmish arena pretty swiftly, offering massive utility via various knock-ups along his trail. Though players can choose to sync Aatrox with multiple ultimates, including Olaf or Mordekaiser, Tryndamere and Morgana tend to hail a much more advanced synergy with him.

Players can improve Aatrox’s dueling potential and team fighting abilities with the help of Tryndamere’s or Morgana’s R or the abilities housed within them.

Tahm Kench, the River King, was recently repatched to become less concentrated on his Devour but more robust in terms of dueling and gaining a much-overwhelmed appearance in battles.

Those who are still a fan of Tahm Kench’s former charmer and will like a slight induction of a bit more reactive gameplay should definitely choose him.

Ultimates who either keep the foes closer or allow you to engage more deeply should be your top priority. This may include Soraka, Fiddlesticks, Shen, Kayle, or Jarvan IV.

Employing the same criteria as we have been for a while, eXputer brings to the well-updated and most definitive Ultimate SpellBook tier list 2022. A lot of time was invested in research and collaboration with both rookies and long-time League of Legends players to put forth a reliable hierarchy for you.

Our team analyzed every niche-based choice as well as each outcome of the Ultimate SpellBook. Not to mention that we relied heavily on in-field effectiveness of elements along with their strengths and weaknesses also put into an account with the least amount of bias.

That said, the tier list is a go-to for players who don’t want to undergo a hefty character selection process but instead want to enter Ultimate SpellBook as early as possible. You will be able to get the right gear needed to make a successful start as the hierarchy tells you the respective performances of each unit in the game.

It’s fine if some of you disagree with any part of our ranking, as it’s perfectly natural to have a different opinion. Every player owns their own specific playstyle hence varying preferences. Nevertheless, most of our Ultimate SpellBook hierarchy is based on popular beliefs, ultimately allowing very few disagreements.

Anyways, you can always turn up in our comment sections open for constructive debate but closed to criticism. We will try getting back to you as soon as we can! We hope you enjoy your time in LoL’s fantastic realm of Ultimate SpellBook. 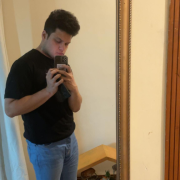 With half a decade in Video Game Journalism and an everlasting bond with all things related to video games, Sanan Khan can't even stop himself from blabbering about video games in his sleep.

League of Legends Playerbase Increased By Nearly 50% in November 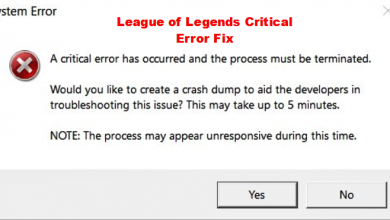 Solved: How To Fix League of Legends Critical Error