Death Stranding was released in 2019 to much fanfare and was one of the most anticipated titles of the time. That isn’t surprising since it was famed auteur Hideo Kojima’s new game after leaving the umbrella of Konami, where he had made the Metal gear Solid series for much of his career, for which he is still renowned to this day and the MGS series considered to be among the best games of all time.

Kojima was supposed to end his long stint with MGS, his well-beyond-the-years baby, through the next Silent Hill game, Silent Hills. A playable teaser dubbed P.T was released which received critical acclaim and inspired many modern horror games such as the recent entries in the Resident Evil series starting from Resident Evil 7.

This would not come to fruition since Kojima and his company, Kojima Productions left Konami, the details of which are still unknown. Many were shocked but intrigued as he was finally free to make any game he wanted, and impatiently awaited his next project.

The next project as well as Kojima’s return to game development was then announced as Death Stranding during Sony‘s E3 conference, to deafening screams filled with excitement. Upon release, Death Stranding was widely praised for its story, theme, and message that Kojima wanted to portray.

The soundtrack and visuals were also highly praised, and many came to realize the power of the Decima engine by Guerilla Games. Since then people have been waiting for the next game in the series, and we have been getting small tidbits of information.

Recently, new openings for jobs were posted on the Kojima Productions website while some were updated, and they seem to indicate some interesting things.

It took me maybe two or three years to finish all the MoCap sessions and everything. It takes a lot of work. And then the game came out, and it just won all these awards, and it was a huge thing, so we just started part two of that.”

According to what Norman Reedus said, the game seems to be in early production. Lately, Kojima has also been teasing the involvement of other actors in the project, such as Elle Fanning.

Recently, job openings have been updated on the Kojima Productions website, and going through them reveals some intriguing info.

There are several postings that indicate that Death Stranding 2 is either being made with PC in mind, possibly to allow quicker or easier porting in the future as seems to be the focus for Sony currently, or the PC and console versions are being developed simultaneously.

Death Stranding launched as a PlayStation 4 exclusive by Sony and remained so for about 8 months after which it was released on PC as well by 505 Games. It should also be noted that PlayStation has currently been focusing more and more on PC releases, such as with Days Gone and many others.

Recently, Hermen Hulst stated that PlayStation’s live service games would launch simultaneously on console and PC, while console exclusives would remain so for at least one year after release.

Given that this seems to be a focus for Sony going on, it is no surprise that Death Stranding 2 would release on PC, delayed even, but it is interesting that this time Kojima Productions is making the PC version themself, and possibly, it will be PlayStation that will publish the game on PC as they have been doing for other exclusives.

It is also possible that Death Stranding 2 will be made with another game engine rather than Decima, which was the engine for Death Stranding. Some job postings seem to indicate so such as the listing for 3D Rendering Programmer/Effects Programmer.

This sadly does not narrow the search down as there are plenty of engines in the world. Assuming that Kojima here means a non-Japanese engine, this could mean Decima as well as countless other engines, but here’s the interesting part.

The postings for the position of Level Designer, Game Designer, and UI.2D Artist suggest that the game is maybe being made using Unreal Engine or Unity.

As can be seen, the description declares experience in developing games using Unreal Engine and Unity as a highly desirable experience. This is the same for the other two listings mentioned as well. Although this does not indicate which engine the game will be made using, it does single out these two engines from a sea of “foreign engines”.

It should be noted that this may just be a part of normal development as well. In some games independent components are made using different engines and then incorporated into the final product as well, so for the time being, we can not say with surety that the game will be made using either Unreal Engine or Unity.

It may very well be that the game is still being made using Decima, but there has not been any official information regarding that, so we are left to speculate.

It should be noted that Unreal Engine is quite capable of reproducing the look of Death Stranding, or maybe even enhancing it, as exemplified by YouTuber Sciontidesign in their Unreal Engine 5 project.

However, there is yet another variable. It should be known that previously Hideo Kojima announced his partnership with Xbox Game Studios to create a game that would use the power of cloud gaming.

For all we know, the game for which people are being hired may be the Xbox one and not Death Stranding 2, but the description for the position of Animator seems to suggest otherwise.

Of the highly desirable experiences stated for the job, one reads, “Knowledge and experience in producing a wide range of animations of people as well as vehicles, machines, monsters, etc.”

Machines, vehicles, and monsters certainly seem to indicate that the game indeed is Death Stranding 2, as the previous game featured all these heavily.

However, as details are very scarce and Death Stranding 2 is shrouded by mystery, these are merely speculations on our part.

Whatever Death Stranding 2 shapes up to be, we sincerely hope that it is excellent, and very rightly expect it to be so as well since Kojima-san has never let us down and continues to surprise us with every game he makes ever since he got his start in the gaming industry. 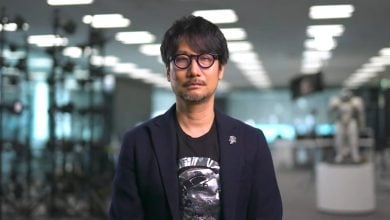 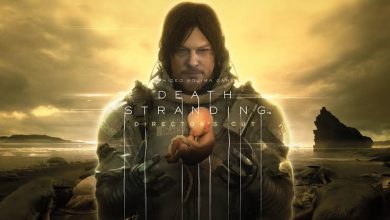 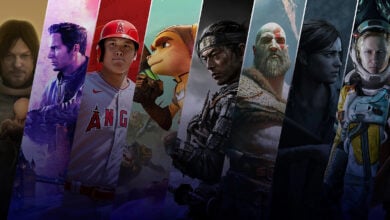