Patents filed by large cooperations like Electronic Arts are an ideal way to determine a company’s next venture. The behemoth company includes alluring IPs, but it is exploring some visionary concepts behind the public curtains. EA has recently published a new patent dubbed “PERSONA DRIVEN DYNAMIC CONTENT FRAMEWORK,” which is looking to alter the entire gaming landscape.

EA will use the new framework to utilize players’ in-game data, such as gameplay information, to revolutionize “content generation” and “product recommendations.” The patent cites, “A persona system determines a player persona for a player of a gaming system based on gameplay information for the user and, for example, performs dynamic content generation or additional product recommendations based on the player persona.”

The framework by Electronic Arts will detect gameplay data from multiple games, like the player’s playstyle. The in-game tracking may include data like “how much of time the player spent in combat; how much of a map did the player explore; how often did the player opt for harder/easier challenges, how fast was the player’s progression in the main storyline (in relation to the average), and so on.”

The description continues, “The persona dimensions and other player data may then be input to a classifier that approximates players’ preferences in relation to general personas or archetypes (e.g., competitor, explorer, completionism, etc.).”

The data will be tracked by EA from multiple games of different genres as cited, “The persona dimensions of the player personas may be generally derived from gameplay data from across multiple games. For example, the combat dimension of the player persona may be derived from gameplay data from multiple games, including games of different genres (e.g., first person shooters, role-playing games, combat flight simulation games, etc.).”

All the schematics of the patent filed by Electronic Arts can be seen on the interlinked PDF version of the legal document on the United States Patent and Trademark Office website. EA might accumulate data to tailor content shown to or recommended to the player. Such an advanced system can utilize the data in many ways. However, two instances of the dynamic persona-driven framework are given.

The tailored content may be a recommendation for unlocking a new game or other product, including but not limited to add-ons, DLCs, etc. “Unlockable” content may direct to a new title or to in-game content that is not available for access by a player at a given time instance but can after be “unlocked, purchased, earned,” or otherwise acquired such that it can then be accessed or used by that player.

There are many ways to use in-game collected data for players’ preferences. However, the patent does not mention that EA could use organized user behavior to produce in-game advertisements that are more relevant to the player. There is a possibility that EA could use this new dynamic system to create a highly advanced narrative-driven experience for players where the choices could change the outcome dynamically.

If a game’s narrative could be altered on the spot due to the player’s choices, then the game ought to feel more realistic. The interactions with NPCs could also become more sophisticated due to this dynamic system. Some games, like The Witcher 3: Wild Hunt, incorporated a skeletal version of that feature, but this technology could boost NPC interactions to the moon.

Moreover, EA’s patent also discusses the prospect of different personas/playstyles. The patent states, “Dynamically generated content for a player may differ based on which player persona may be applied to the current context. In other examples, contextual preferences of the player may be built into the same player persona, such that different portions may be utilized in different contexts.”

Furthermore, multiple players are also discussed in case such a system is used for a multiplayer scenario. The patent continues, “The game system and/or persona system may consider the player persona of each player. For example, in a team play context, dynamic content to be presented to the team may be derived based on a combination or average of the team’s player personas.”

The information will be updated over time, and the system will continue to record data to improve the dynamically generated content. The patent elaborates, “As players engage in additional gameplay, the persona system(s) disclosed herein may perform additional training or otherwise update player personas based on additional gameplay information. In this manner, the player personas may be refined or evolve to provide tailored content to the players, even if the players’ behaviors, preferences, and playstyle evolve over time.” 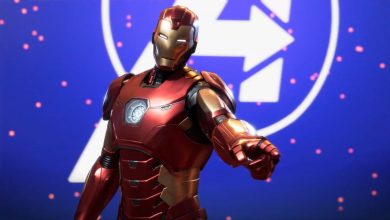 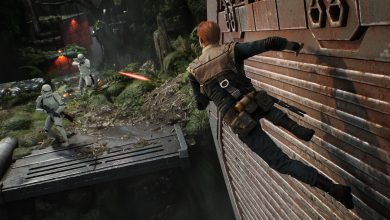 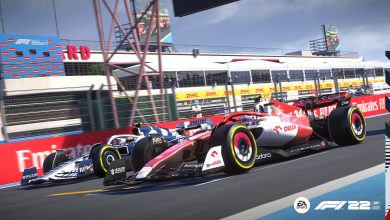 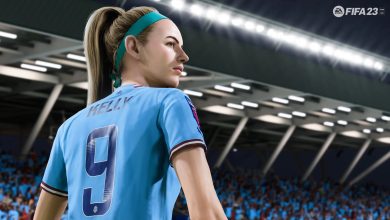 FIFA 23 Is Branded The “Biggest FIFA Ever”