Gaming is a fast-paced industry where games come and go, and the spotlight changes pretty fast. Many games have similarly released this year and made their impact before giving way to another title. However, one game that has stuck around and is still in the news is Elden Ring.

Considering how it has one of the highest ratings ever for a game and sold in heaps, it’s not hard to see why that is. The game is a total masterclass in basically everything, from combat to sound design. FromSoftware really did not miss a beat while making Elden Ring.

One of the best aspects of the game is its cooperative gameplay which allows players to interact with each other. You can even help other players defeat bosses, and it makes Elden Ring a unique roleplaying experience. However, that also means that the game has a problem with hackers and/or cheaters. Recently, a hacker has been using a mod to get these cooperative players into a battle arena.

u/WeebMaster09 recently posted a video on the r/Eldenring showing how they used a Duelist’s Furled Finger from Liurnia of the Lakes and ended up in a closed battle arena with other players in the game. We can see the hack in action in the footage, and it is astonishing.

Is the Arena open? I was summoned from a duelist finger from Liurnia to here from Eldenring

Getting into this arena is a pretty big deal in Elden Ring, as it is not open in the game yet. Players have speculated for a long time that these arena buildings will be used for PvP combat in the future. Seeing this happen live through a mod is outstanding to see.

The inside of the arena and everything in it is clearly visible, thanks to this hacker, and there are several players, too. Players in the video fought in the arena after taking a glimpse around the unlocked area. Everything was very respectful, as the players even bowed before fighting.

One thing to note is that this is the Limgrave arena and not the one in Caelid. Finally, seeing the arena open for PvP, even through a hack, is rather amusing. One might even say that this is the only right way to use hacking, and it certainly makes the Elden Ring community delighted. 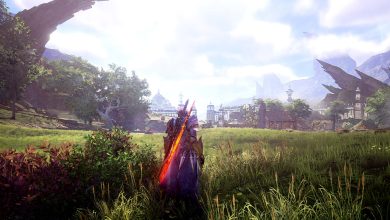