The YouTuber, The Passionate Gamer, has seemingly created a playable version of the Half-Life build, which features an alternative version with scraps of the campaign conjoined together by Valve. It was an unreleased, canceled version of the game that was created before the officially released port in the 90s.

The nostalgic abridged build of Half-Life was finally completed following Valve‘s recent most significant leak in history. The video features a 22-minutes worth of wistful gameplay that showcases how the unreleased Half-Life build looked before being forgotten in time.

The gameplay appears pretty reminiscent of the original experience for the first time, but a deeper look reveals the various random parts stitched together in the abridged version. The player can experience the full abridged version in just under an hour.

The disparity is apparent; You begin in the nostalgic dreary-looking Black Mesa lobby. However, things take a quick turn, with the player walking in unrecognizable mid-game sections in just a few minutes. A barrage of weapons starts firing at you from all sides, and different points appear that would not occur until hours of playing.

It is a short, compressed, and patchy experience that could not be more different than its original counterpart; it is more like a fever dream for a long-time Half-Life fan. The alternative version was likely created by Valve to test out the various assets and other particulars before proceeding with the well-renowned build.

The stance is further reinforced when a plethora of little notes are examined, which were initially left behind by the developers, likely to aid each other in the unreleased Half-Life Build. The messages portray how certain elements, for instance, NPC movements and other technicalities, should work out.

It is worth noting that the shortened secret build had surfaced back in the past, but it lacked the assets, was full of glitches, and could not be ventured without other shortcomings. Utilizing the “vmf” files has allowed the YouTuber to create a playable build out of Valve’s unreleased Half-Life port.

While we anticipatedly wait for another official installment in the highly-renowned Half-Life series, it might be the perfect time to pay an ode to the title that set a new standard for the FPS genre as a whole. It can be downloaded here; we suggest proceeding with any downloads with caution; we are not affiliated with the publisher.

The unreleased build was only completed because of the largest Valve leak in history. The leak saw its repository, including Half-Life, Portal, and Team Fortress 2 unexplored assets, getting dumped online. They were initially accessible, as they were available on a Discord server, but the server was closed after users started flooding it.

What are your thoughts about the YouTuber The Passionate Gamer forming scraps of Half-Life to create a playable build? Do you think the recent Valve leak will influence more confidential data to emerge in the next few months? Do let us know your opinions in the comments below. 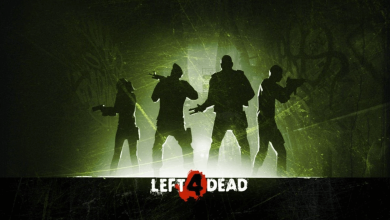