The wait is finally over. Fire Emblem Engage has debuted, and fans could not be happier. Many fans have been gushing over the game’s character design and impeccable artwork.

However, one element we can not forget is the voice actors that work behind the scene. These unsung heroes bring any character to life, and Fire Emblem Engage is no different. A couple of days after the release of the game, many of them have taken to Twitter to talk about their character and their experience.

i know heroes came out earlier but i want to officially announce that i play fem alear in fire emblem: engage
this game changed my life. I will forever be grateful to @Cupofteaprod, @NintendoAmerica, @Seitz_Unseen, @WritingMadness, and so many others.

It's launch day and I still can barely believe it.

I’m honored to be voicing Alcryst, second prince of the Brodia Kingdom, in #FireEmblem Engage! He’s a precious bean and I love him dearly.💙🏹🙇‍♂️ pic.twitter.com/tC4jTMuis4

This still doesn’t feel real, I can’t believe it. I’m joining the main cast of Fire Emblem Engage as Alfred, as well as joining Fire Emblem Heroes. Thank you to everyone at @Cupofteaprod and @NintendoAmerica for believing in me, I can’t wait for everyone to play!!!! pic.twitter.com/aBYDthIU61

The last time I voiced a #FireEmblem character, I spoke of lies, betrayal and rage. This time I speak of dedication, love, and how delicious life can be. I voice Bunet in #FireEmblemEngage. Thank you @Cupofteaprod @NintendoAmerica @Seitz_Unseen @WritingMadness pic.twitter.com/NXIiqqR74R

I’m thrilled to join the cast of #FireEmblemEngage as your loyal steward, Clanne! All my thanks to @Seitz_Unseen @WritingMadness @Cupofteaprod & @NintendoAmerica for a having me along on this great journey.

Make us proud out there, Divine Dragon! 💚 pic.twitter.com/RvF1zplkKq

I am SO SO SO BLESSED to FINALLY announce that I play FOGADO in Fire Emblem: Engage!!!!!

My best friend and I used to play PoR as kids, acting out the voices, so its a dream come true to join the universe as such a cool new unit in a new game ! Now…ENGAGE!! pic.twitter.com/YGTl18eQOT

and do let me know when you meet #Pandreo 🙏🏽🥹

It's time to ENGAGE! I'm beyond honored to announce that I voice Saphir (teehee) in #FireEmblemEngage! I got to work with some amazing people on this. I can't thank you all enough: @NintendoAmerica, the legendary @Cupofteaprod , @Seitz_Unseen, @nappingfrog, & @WritingMadness! ❤️ pic.twitter.com/Ws4GN5dliw

Here it is!! So excited for everyone to play this game! Very honored to join the cast of #FireEmblemEngage as the English voice of Zelkov. Thank you to @Seitz_Unseen @WritingMadness @Cupofteaprod & @NintendoAmerica for taking me along for the ride! What a cast!! pic.twitter.com/5BMhZw2ZYP

Fire Emblem Engage has been one of the most sought games of the season. However, just a week before the game’s release, it was hit with massive leaks.

These leaks were mainly due to copies being shipped early. It was impossible to go to any Fire Emblem Engage online communities without getting bombarded with major plot points and game mechanics. Of course, the pain does not end here.

It was because of these leaks that a majority of fans were able to prematurity find out that the game would be introducing two new characters that had been previously shown in the artwork. A massive blow to many.

Fire Emblem Engage not only has beautiful artwork, but the load time for the game has also massively decreased. In fact, Fire Emblem Engage loads two times faster than Fire Emblem Three House. This revelation was brought into the limelight with the help of a video comparison.

It was reported that the 2023 title took only 16 seconds to load. While the previous game took a whopping 35 seconds to load. This makes the newer version far more seamless and more enjoyable for players. What more can you ask for?

As anticipated, the moment the game was available for pre-order, it was topping sales charts. In fact, Fire Emblem Engage pre-orders were ranking on charts in three different countries. These include US, Japan, and France. The game was number 10 in Spain, Germany, and the Netherlands.

Fire Emblem Engage is a brainchild of Intelligent Systems and Nintendo. It has been receiving positive reviews from fans and critics alike.

Have you played the game? Let us know in the comments below. 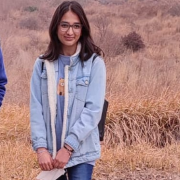 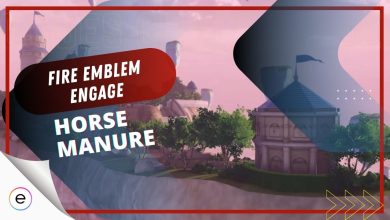 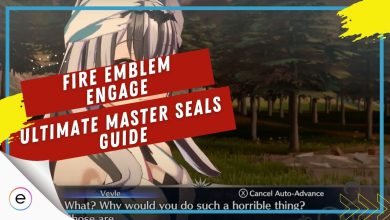 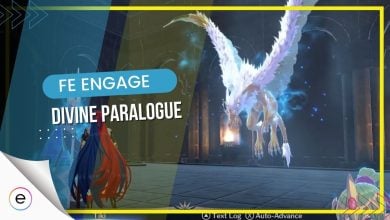 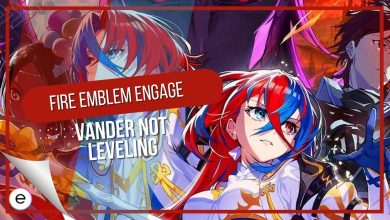