SteamDB was updated once again on November 14 for GTA: The Trilogy, and it appears that the trio of this game’s release isn’t far away from Steam now.

SteamDB has been updated several times in the past few weeks for GTA: San Andreas Definitive and GTA 3 Definitive. Both of these games are part of the GTA: The Trilogy, including GTA: Vice City Definitive. All these updates further cement Rockstar Games releasing GTA: The Trilogy on Steam soon.

GTA: The Trilogy is already available at Rockstar Games Store since November 11, 2021, for PC and consoles. The trilogy includes the remastered versions of the classic Rockstar games. However, rumors of the collection of games coming to Steam have been around for several weeks now.

The rumors first started surfacing after a GTAForums user discovered the Steam configuration in the Engine.ini file from the GTA: The Trilogy update 1.04.5.

SteamDB has seen several updates for the said Steam configuration in the past few weeks since then. As of now, the Steam database shows the game as an “Unknown App.” However, there’s a staff comment on it that says, “GTA San Andreas Definitive (as per Rockstar launcher).”

Similarly, GTA 3 Definitive and GTA: Vice City Definitive are also available on SteamDB, named as an “Unknown App,” and have seen several updates in the last few weeks.

It appears that it is no longer a rumor but a fact that GTA: The Trilogy is coming to Steam soon.

GTA: The Trilogy had many bugs and issues at launch in 2021. However, a multitude of patches made the game somewhat playable.

The GTA franchise made its name in the gaming industry after the release of GTA 3 in 2001. GTA: Vice City and GTA: San Andreas further increased the popularity of the franchise all over the globe. It has been decades since the release of these classics.

Rockstar Games attempted to remaster these games in the form of GTA: The Trilogy for modern fans to enjoy these games once again. 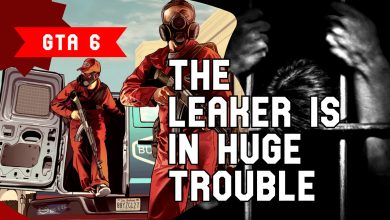