Hasbro has recently taken down leaked footage of a potentially upcoming Transformers game, likely cementing its legitimacy as a real title. The game is supposedly called “Transformers: Rise” and is inspired by live service titles such as Destiny 2 and Warframe.

The footage itself first came to light 2 days ago showing off a cutscene from the game with iconic voices like Peter Cullen and Steve Blub reprising their roles as Optimus Prime and Starscream respectively. The footage gave a glimpse into the game’s new setting as humans and transformers band together to fight against monsters.

THE LEAKS ARE REAL!

— Is Transformers Rise of the Beasts Trailer out? (@ROTBTrailer) November 13, 2022

This also aligns with past rumors of a Transformers game in development by Certain Affinity. A studio comprised of numerous industry veterans from Bungie with experience working on numerous critically acclaimed titles such as Halo 4, Halo Master Chief Collection, and Left 4 Dead.

The team was also rumored to be working on a supposedly canceled Transformers third-person shooter inspired by live-service games like Destiny and Warframe.

However, considering that the leaked footage comes from this year, it can be assumed that the game wasn’t entirely scrapped. With Hasbro also issuing a DMCA Takedown for the leaks it’s not hard to imagine this being a legitimate game coming sometime in the near future.

The Transformers series has usually been blessed with getting fairly good video games over the years. While the quality varies, games like War for Cybertron and Transformers: Devastation really show much potential the series has for quality titles.

The game came out in 2015 with mostly positive reviews from critics and gamers alike. The game was heavily praised for its deep, satisfying combat system while many cited its redundant loot system and basic levels as a negative.

It seems that Transformers fans finally have something new to look forward to in the coming year, whether this game will be shown sometime this year or the next is unconfirmed as of now. 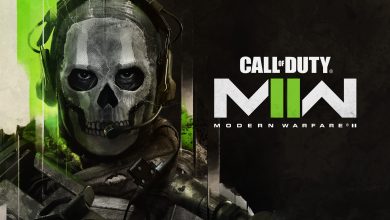