Halo Infinite has over twenty weapons that are incredibly unique and different from each other. While players tend to enjoy these weapons the game seems to be lacking newer weaponry. This is because some of the arsenals in this title were also present in previous entries and the ones present in this title aren’t very intriguing.

This causes the weapon pool to be in a loop, never changing, always recurring. But new and old leaks reveal many weapons that may be coming to the game. The most recent of these weapons seems to be a sort of grenade launcher.

Recently, a data miner released a video that showcases the new weapon that may be coming to Halo Infinite (thanks, @leaks_infinite). The video in question shows us a grenade launcher shooting some sort of timed grenades at the enemy.

The video in question shows us a huge launcher shooting timed energy grenades. From the looks of it, it seems to have a much higher damage output as opposed to other weapons. It could be used as a limiting or pressuring weapon rather than an offensive one.

The weapon has sound effects and an abundance of polish. It also includes animations for shooting and a different firing mode. The weapon also has an inspect option and everything except proper textures.

The leaks are in abundance, but their release is almost nonexistent. With around 10 weapons almost ready to go, it only makes sense that we should expect some sort of signal from the development team, but as it stands, there is nothing concrete. Another thing to keep in mind is that these might be removed from the game or just some leftovers or maybe for system testing, but that is yet to be seen.

With all this in mind, the possibility of more weapons seems abundant. However, if the development team keeps experimenting rather than implementing new things into the game with a few texture changes, it might not please the community as much as it would hope to do so.

Aside from that, these recent leaks assure us that 343 Industries and Xbox Game Studios won’t be leaving Halo Inifinite’s side any time soon, despite the recent decline that the game has seen. However, all of this is just speculation at the moment, so do take this information with a grain of salt. 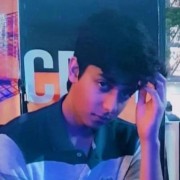