Minecraft has been around for as long as one can remember. Ever since its initial full-fledged release in November 2011, the high-grossing title has received a port for multiple other platforms, including Android, iOS, and the PlayStation and Xbox console line-up. As of today, Minecraft accomplishes a titanic feat of being the best-selling game of all time, with cumulative sales exceeding 200 million copies. Furthermore, the game still has more than 126 million players on a monthly basis.

It appears that despite Minecraft‘s strong history and current status, the title shows no signs of slowing down. Famitsu has released a report revealing the estimated weekly sales of game software and hardware from August 2nd to August 8th, 2021.

Over the course of this time period, the Nintendo Switch version of Minecraft has topped 14912 copies in a single week, sprinting in just ahead of The Legend of Zelda: Skyward Sword HD which sold a total of 13873 units. The cumulative sales of the latter have reached 234,224 units while Minecraft has simply blown past the competition with a total of 2.1 million sold copies.

Other games that followed next are given below.

In other news, Famitsu has also taken the liberty of posting the best hardware sales of the week in which the Nintendo Switch has come out on top with 60260 units sold. Continuing the success story of the gaming giant, the Nintendo Switch Lite has followed next, sporting a grand sale of 12513 units. The third contender is the PlayStation 5 that has managed to sell 11017 copies.

The Nintendo Switch is doing amazing, but it’s only a matter of time now before the much-touted Steam Deck is released and the latter has some serious competition to worry about. Only time will tell how that’s going to turn out, however.

What are your thoughts about Minecraft and the Nintendo Switch being best-sellers? Let us know down in the comments section. 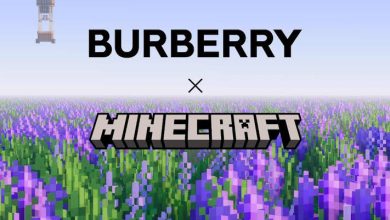 The Nintendo Switch Is Falling Behind, And So Are Its Games