Starfield creeps into the list of one of the most anticipated upcoming titles for consoles and PC. After all, it’s going to be Bethesda’s first original role-playing game in 25 years with a magical, space setting. The last we ever heard about Starfield was way back in June 2018 where a teaser was announced for the game. After that, word has been quite scarce regarding this sci-fi title, except for a few mentions here and there.

So far, a release date has not been given for Starfield. However, Jeff Grub did say that the game could be possibly showcased at E3 this year, and Todd Howard made a statement saying that Starfield has become “internally playable.” Despite all that, Jason Schreier—a renowned industry expert—has reason to believe that the game is unlikely to land in 2021.

In an Ask Me Anything (AMA) thread on Reddit created by the man himself, a user asked, “You think Starfield is likely for a 2021 release? You mentioned that covid has been very bad for gaming and this year might be a dry one, gaming wise.” To this, Jason’s reply was a prompt “nope.”

It might be pure speculation from his end, but the outbreak of the Coronavirus has affected manifold businesses, and the gaming industry has surely been no exception. Perhaps if we’re lucky, we might be able to see Starfield making an appearance at E3 this year in June.

What do you make of Jason’s comment? Let us know your thoughts down in the comment section. 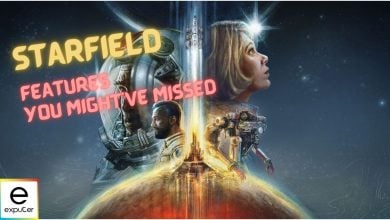