Good news for all Persona (and Shin Megami Tensei) fans, the recent re-release of Persona 5 Royal has proven to be a massive success for Atlus. Selling a million copies only a little over a month after its late October launch. This news was confirmed by Atlus themselves recently via Twitter.

For the past 5 years since the release of Persona 5 on the PS4 (and PS3), a multiplatform port of Persona 5 had been one of the most highly demanded rereleases ever. With the release of the incredible Persona 5 Royal, demand for a rerelease had only skyrocketed due to the game’s universal acclaim from players and critics alike.

The latest release of Persona 5 Royal has already sold one million units!

Thank you to fans worldwide for all of your support! 🔥 pic.twitter.com/AaTuhSmmF2

So, for many players, this success should come as no surprise. Previously, the PC port of Persona 4 Golden was yet another highly successful multiplatform launch for Atlus. As the game reached the top of the Steam sales charts within hours of its launch on PC.

Since its success, SEGA has gone on the record to highlight its push toward the multiplatform ecosystem. Releasing other titles on PC, Xbox, and Switch such as the HD remaster for Shin Megami Tensei 3 Nocturne and Catherine.

A multiplatform release for Persona 4 Golden for the Xbox Series X|S, Nintendo Switch, PlayStation 4, and PlayStation 5, as well as a re-release of Persona 3 Portable for all the above and PC, is also coming soon in January.

There has been some contention over which version of Persona 3 should get ported, as Persona 3 got 2 separate rereleases in the form of Persona 3 FES and Persona 3 Portable (or P3P for short). Persona 3 FES is the base game with some new content, rebalancing, and a brand-new chapter that picks up from where the original game ends. The game plays similarly to the newer games in the series where half of the game is spent exploring dungeons while the other half is spent interacting with the real world.

On the other hand, Persona 3 Portable cuts back on the latter half of the segments by making it play more like a visual novel. Instead of a 3D environment, players can walk around in, players use a cursor and menus to navigate through the environments and interact with the characters.

This is made up for by the fact that Persona 3 Portable might arguably have more replay value and content than FES. Introducing a new female character who gets her unique style of music, UI, social links, and dialogue. It easily makes Persona 3 Portable feel like a whole new game despite the cutbacks made from the FES version.

There have also been rumors that a multiplatform port for the currently Nintendo Switch exclusive Shin Megami Tensei V is also in the works. 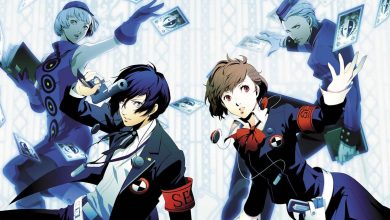