Pokémon Scarlet and Violet have taken the world by storm since their release last Friday. The game has set several records in the Pokémon franchise including the most pre-orders for any game and becoming the biggest release of the year in the UK. And seemingly, it has kept this pace in another region.

In Japan, Pokémon Scarlet and Violet combined sold more than 2.5 million copies in retail. Japanese website Famitsu released this info in their weekly game charts for the week of November 14 to 20, 2022. What is even more stupendous is the game did this in 3 days.

To be exact, the game has sold 2,537,292 copies since its release in Japan. Pokémon Scarlet and Violet came out on November 18 and only had a tracking period of 3 days as a result. But, both of these games still blew the competition out of the water as you can tell from the numbers.

Among new releases, the PlayStation 4 version of Monochrome Mobius: Rights and Wrongs Forgotten took the No.2 spot. It sold over 9k copies and trailed Pokémon Scarlet and Violet which was the highest-selling release of the week. Overall, Splatoon 3 was 2nd with more than 36k copies sold, while God of War Ragnarok is at No.3 with almost 10k units sold.

Sales of Pokémon Scarlet and Violet also increased the sales of the Nintendo Switch. The console sold a huge amount with over 170k units sold in the week. PlayStation 5 was No.2, selling more than 32k units, while the PlayStation 4 lead the Xbox Series family with nearly 6k sales.

Pokémon has been one of the biggest franchises in the world for a long time now. Since its inception in 1996, it has ruled every form of media from movies to TV and most importantly gaming. The sales of Pokémon Scarlet and Violet just show the series is getting more popular by the day.

It has set so many sales records and sold over 10 million units in its first 3 days of release. For comparison, God of War Ragnarok sold 5 million units in the same time frame. Even though Pokémon Scarlet and Violet haven’t been perfect due to technical issues, it’s still setting franchise records.

However, these franchise records go both ways as the game also has the worst critical and audience score in the series. Players review-bombed the game on the website Metacritic after its buggy release. But, all of that drama and bad press has not affected the game at all and it continues to make history. 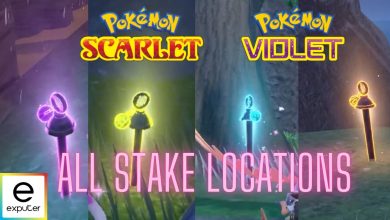 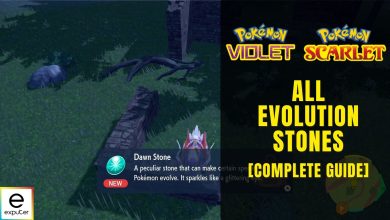