The Sega Drive Mini 2 or otherwise called Sega Genesis Mini 2 in North American countries is the latest retro console to come out in recent times. Being an Amazon exclusive, the “more compact, more advanced” gaming system has been listed online, retailing at $99.99.

We might add here that the Sega Genesis Mini 2 features limited production, so now is the time to act if you’ve been meaning to get your hands on one for some time. The console arrived at the forefront of the gaming world on October 27, 2022, and has been received well by critics and fans.

However, we’re not here to just blabber about Sega‘s new retro-style console. Instead, there’s an interesting facet to the latest release of the Sega Drive Mini 2 that we should lean into, and it’s all about inquiring console owners about the Sega gaming system that they’d like to see rebooted next.

Taking to Twitter to make the announcement, Gosokkyu has the following to say about the latest Sega console as first spotted by My Nintendo News.

Evidently, the Japanese version of the Mega Drive Mini 2 that has just released late last month ships with a “link & 4-digit password for a user questionnaire on one of the inner flaps of the box, which includes questions about future Minis.”

heads up for anyone who imported a Japanese Mega Drive Mini 2: there's a link & 4-digit password for a user questionnaire on one of the inner flaps of the box, which includes questions about future Minis—here are the questions, one by one: (thread)

The Sega enthusiast has shared all the various questions included in the survey one after another descriptively right beneath the original thread. The questionnaire begins with something utterly simple, asking when exactly the person on the other end buy the console.

You have a total of four different options to choose from in this regard. With that said, what’s of significant interest here are questions 29-31. For starters, here’s what the 29th question asks from users. It’s required to answer the query on a scale of 1 to 5.

#29: if Sega were to produce another classic console replica a la the Mega Drive Mini 2, would you want to buy it? (1/definitely to 5/definitely not)

The next question is even more direct, asking people the exact console that they’d like to buy if it gets a faithful reboot again with a modern-day intervention. The available options range from Sega Saturn, SC-3000, and MD Mini 3 to Sega Mark III, SG-1000, and Sega Dreamcast.

#30: which classic Sega hardware replica would you like to see next? (select multiple)

This ResetEra thread discusses the same thing and has Dreamcast getting picked by the vast majority of the poll’s participants. Apparently, people have acquired a hefty ton of memories with the Sega Dreamcast, which otherwise does happen to be one of Sega’s most well-performing and successful home consoles.

As for the side of video game titles, the 32nd question is all about “a remake or sequel to a classic Sega IP.” What the query reads verbatim has been outlined ahead. Again, users are expected to rate and reply using a scale of 1 to 5.

#31: if a remake or sequel to a classic Sega IP were to be released, would you buy it? (1/definitely to 5/definitely not)

The new Sega Genesis Mini 2 has been listed on Amazon for a cent short of $100, but do keep in mind that this is the North American version of the console that we’re referring to here. It’s certainly interesting to note that Sega is planning another IP sequel or remake or a new console altogether perhaps.

What do you think of this latest news? Do let us know what your opinion is down in the comments section ahead. 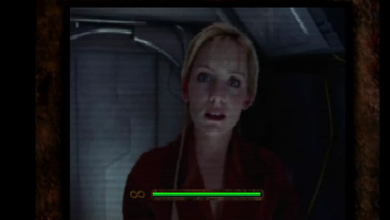 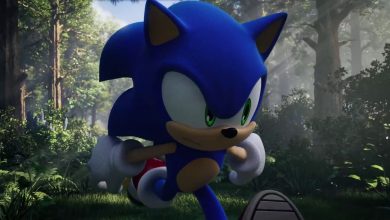 Sonic Frontiers Has Unique Soundtracks For Each Cyber Space And Guardian