Since its launch, a New Game Plus mode has been one of the most highly requested features in The Callisto Protocol. In what should be great news for players who’ve been anticipating an NG+ mode. The game’s latest update, 3.01, finally added the long-requested feature.

Added New Game Plus. Complete the game to unlock New Game Plus and carry your progression over to a new save. All weapons, upgrades, and Callisto Credits can be collected at the first Reforge.”

The option for selecting New Game + should be available to any player with a completed save file.

Aside from that, the patch also introduces numerous performance and bug-related fixes across the board. “The Protocol is About Life” achievement has also been fixed where some players wouldn’t get the achievement.

The Callisto Protocol has received a ton of support post-launch to iron out many of its early launch issues. From sweeping changes to the game’s balance to a bevy of performance improvements.

The game launched to a mixed reception from gamers and critics for its overly linear nature, poor story, and abysmal performance.

While many expected The Callisto Protocol to evoke the highest highs of the Dead Space series, the game ended up being an entirely different beast.

Looking past the misleading marketing labeling the game as a survival horror experience. The Callisto Protocol is still a relatively competent action horror game that does its own thing. It’s a game where most of its flaws can be ironed out, and its best qualities can be refined into a significantly more competent sequel.

The Callisto Protocol Isn’t Perfect, But It Takes Much Needed Risks 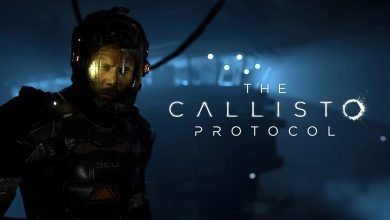