Hannah Foell, the Gameplay Producer at the Santa Monica Studio for God of War (2018) and God of War Ragnarok, has announced that she is leaving the studio.

She has made this decision to leave after working for more than 6 years at the studio. She also announced that she is now joining a third-party team at Nintendo America.

She will hold an important position there to work to better the “developer and publisher relationship.” Throughout her professional career, she has worked in various types of jobs and different companies.

Hannah Foell joined Santa Monica Studio in 2016 and was assigned the role of Gameplay and Combat Producer for GoW (2018). There she “directly managed” the team which developed “award-winning features including player mechanics, companion, AI enemies, encounter placement, and boss fights.”

She has a BA in Cultural Film Studies and Criminal Justice from George Washington University. She first started her career at Urban Interactive as an Alternative Reality Gaming Coordinator. She left the studio in 2010 and joined Warner Games Boston, also known as Turbine, as Recruiting Coordinator.

Hannah Foell worked as “Scrum Master for Mounted Combat, a new combat system built from the ground up” for Rider of Rohan Expansion. She left Turbine in 2014 and had short runs at various companies before joining Harmonix Music Systems in 2015.

In the 11 months that Hannah spent in the studio, she worked first as an Associate Producer and then as a Producer for Rock Band 4 game. There she “oversaw development and release of monthly updates containing major gameplay features as well as bug fixes.” She left Harmonix in February 2016 and finally joined Santa Monica Studio.

Now after almost seven years at Santa Monica Studio she has decided to leave the studio. This also comes after a little over a month since the release of GoW Ragnarok. This suggests that maybe her contract was only for two games.

Hannah Foell will now be joining Nintendo America as Senior Manager of Partner Management. She will work on improving the relationship of Nintendo with its 3rd party content creators. Hannah, announcing her decision, said

I’m so beyond thrilled to join the 3rd party team at Nintendo of America to drive developer and publisher relationships. I can’t wait to get started working with AAA developers to put exciting new experiences in players’ hands.”

Some were jokingly saying that we might see God of War released for Nintendo. And to be frank, right now it seems near impossible. But, as silly as it sounds, maybe Hannah Foell with her history with the GoW series can do something to change that.

What do you think? Will we ever see a God of War game release for Nintendo Switch? Drop your opinions down below. 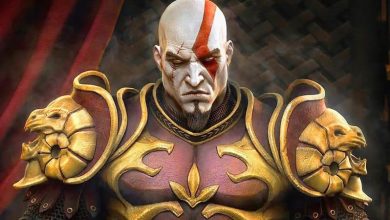 God Of War TV Show Will Keep The Game’s Values But Aslo Expand Upon It, Says Sony TV President 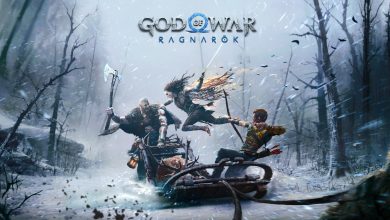 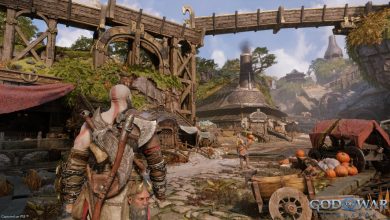