In a new post, Valve published a long paper reviewing the entire 2020, and what it means for Steam. The yearly magazine incorporates enormous accomplishments, list of events like sales, new implementations, and most importantly, the player base record and usage.

According to the data published on Steam, there were 120.4 million monthly active users. This gets narrowed with more records like 62.6 million daily active users, 24.8 million peak concurrent users, and 31.3 Billion hours of playtime. Steam does write that although COVID-19 had boosted player base across all platforms. Valve’s platform was still seeing a tremendous rise even before the lockdown.

“As many of you already know, this past year had more than its share of challenges, with everyone’s lives upended by the global pandemic. While Steam already saw significant growth in 2020 before COVID-19 lockdowns, video game playtime surged when people started staying home, dramatically increasing the number of customers buying and playing games, and hopefully bringing some joy to counter-balance some of the craziness that was 2020.”

These numbers are quite massive, and If you compare it to the PlayStation and Xbox Network. These rank above, Sony’s PlayStation Network that has 113 Million Monthly Active Users. Although, we don’t have any exact figures on Xbox Live, because last year, Microsoft told investors they would no longer provide user metrics related to Xbox Live. However, Statista predicts that in April 2020, Xbox Live had 90 million monthly users. This is authentic, especially since Xbox Live users’ last known results were 65 million and these were also the official metrics.

Steam’s success can also be attituded to Cyberpunk 2077, which is now the biggest single-player game on the platform. It broke several records on the launch day and is still available on the store unlike Consoles, where it was is removed for poor performance and refund queries

The Stanley Parable Ultra Deluxe Sold Over 100,000 Copies In One Day 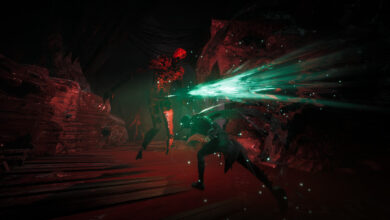