PlayStation has partnered with many studios in the past few months. Deviation, Haven, and Firewalk are just some of the new studios making their debut games for the PS5. Sony is bringing in a lot of talent to compete with other publishers in the gaming industry. And now, they may be partnering with another studio for a PS5 game.

PlayStation is potentially collaborating with Gravity Well, a new studio made by former Respawn developers. John Sanders followed the founders of Gravity Well on Twitter shortly after the Deviation news. The director of PlayStation Studios also followed Firewalk, who is also making a game for the PS5 now. So, players suggest a new game by Gravity Well might be on the way for the PlayStation. But this is just speculation, so take it with a pinch of salt.

A new job listing by Gravity Well also gives some credibility to this theory. The listing suggests that the studio is making a multiplayer game that will be live service. This is in line with Sony’s plan of creating ten new Live service games by 2026 for the PS5. The job hints at this aspect too.

Develop and own major game systems in a brand new IP. You’ll drive the creation and interaction of systems that reward and engage players while driving meaningful social interactions.

So, this suggests how the studio is working on a new online game. The job listing also requires your creative input on how to progress the game after it has a million players. This hints at the large scale of this new IP, and it isn’t easy to achieve for an independent studio. But, if they are working with a major publisher, this makes total sense.

And according to their website, they have partnered with a “major western publisher.”

For our first AAA game, we have partnered with a large Western publisher as we create an original IP.

This certainly gives much more credence to the theory. Not only does the IP fall in with PlayStations’ new strategy, but the Gravity Well website also hints at a PlayStation collab. Therefore this hypothesis has some solid basis.

A Reddit user published this theory on the platform. The theory is strong, but it is just speculation as of now. Nothing is confirmed, and you should take this rumor with a grain of salt. It certainly falls in line with many things, but we know nothing about this project. But hopefully, Sony will announce something on this front, and if this is true, it’s fascinating. 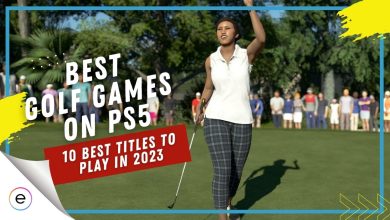