Steam Deck is shaping up to be a powerful hand-held console. As Valve‘s Steam Deck draws nigh to launch, the company is divulging more console features and qualities. One of those features is Dynamic Cloud Sync (DCS), and it sounds like an improvement over the current save system. Valve has revealed that the console will incorporate a quick resume.

The feature allows easy traversal of save files between PC and the hand-held Steam Deck device. Dynamic Cloud Sync will transfer any saved data to Steam‘s cloud when you pause a game. This indicates you won’t have to fully close a game before you can pick it back up on your PC.

In an official blog post, Valve went on to explain the feature: “We anticipate that users will frequently suspend their Steam Deck without exiting the game, as is common with other hand-held gaming devices. With Dynamic Cloud Sync, if they then choose to play on another device (whether a PC or another Steam Deck), their progress will be there waiting for them.” It implies that players won’t need to close the game on PC to play on Steam Deck.

When a player wants to switch back to the hand-held device, Steam will automatically download any recent backed-up data when you turn the machine back on. If you don’t enable Dynamic Cloud Sync, you’ll be evoked to exit the program on the Steam Deck if you try to run the game on another device.

They went on to elaborate its working: “Steam will automatically upload all modified save game data to the cloud before the device enters sleep mode. Users can then resume their game on any PC, laptop, or other devices. Steam will also automatically download any save game changes when users return to their Steam Deck and wake up the device.”

The only contender to this feature in a hand-held perhaps comes with the Nintendo Switch. The Switch allows players to put their console to sleep and return exactly where they left off. However, the Steam Deck takes it a step far; it complements the functionality of Dynamic Cloud Sync by allowing players to return to their session on PC as well.

While discussing dynamic cloud sync, they went on to specify: “Taking advantage of this feature isn’t a requirement for players to enjoy your game on Steam Deck. But we recommend you use it to give players the best experience possible. Steam will still track when save game data is changed on the Steam Deck without Dynamic Cloud Sync enabled. However, any user who suspends their Deck while your game is running and then tries to resume that game on a different device, will be prompted to first return to their Deck to close the running process or continue without their most recent save game progress.”

How To Integrate Dynamic Cloud Sync

Valve has stated that Dynamic Cloud Sync is free to use so that any developer can take advantage of it. However, it will not be supported by default in Steam applications. The use of DCS will depend on how much developers utilize it. I reckon it will be integrated with future titles; DCS is a sought-after feature in gaming consoles.

On the whole, this hand-held is making all the right moves to dominate the game of chess. It has also implemented anti-cheat software. Steam Deck is hell-bent on providing quality and may end up chock-full of supported games and features. Let us know your thoughts in the comments below. 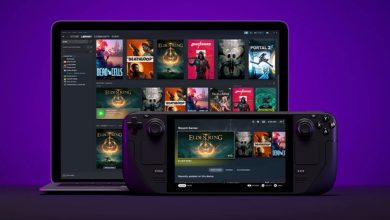