The long-awaited 24th installment in the NBA 2K franchise NBA 2K21 certainly made its presence known upon its release. Die-hard fans of the game are always looking to get better, to just outshine their opponent on the court in any and every way possible. What better way is there than to score a basket in a spectacular fashion or just simply become a God of shot-blocking attempts on the court. We’ll cover the best finishing badges in NBA 2K21 that you can equip which will help you to do exactly that. Before that, it’ll be wise to get acquainted with the general badge system and how they work.

Think of badges in NBA 2K21 as simple hop-ups. Each badge will give your player a boost in a specific area. There are four categories in total, Defense, Finishing, Playmaking, and Shooting.

How Do They Work?

Depending on your build and the badges you select your player will either be on the offensive side or the defensive side. Take all the badges listed in this guide, they are all the best finishing badges in NBA 2K21. Selecting these will take your finishing to a whole other level so without further ado, let’s get right into it.

Following are some of the best finishing badges that you can get in the game.

This is an absolute must for you to equip to your build. It doesn’t matter what type of build you have, if you don’t have the slithery finisher then you’re seriously missing out on a lot. This finisher increases your chances of avoiding getting body checked when you’re going for that sweet sweet dunk finish. This also avoids you potentially getting injured.

At the Hall of Fame level particularly, you will find yourself dunking more often due to this. The Slithery Finisher will keep you grounded and make your way past the defense like a ghost in the wind. To build the best defensive build in NBA 2K21 check out our seven best Defensive Badges in NBA 2K21.

Next up in our NBA 2k21 finishing badges list is the Contact Finisher. That is unless if your play style is more aggressive and you prefer to go for contact dunks then this badge is your best friend and you should get acquainted with it.

With this finisher equipped, you’ll have a much higher rate of success while going for contact dunks. If you have this at the Hall of Fame level then you’ll become a force to be reckoned with.

The reason is simple for that, it wouldn’t matter how good the defense is, you’ll carry out the most brutal contact dunks like it’s nothing. The Contact Finisher will elevate your slashing skills to even greater heights.

This is another great badge to equip on your finishing build. Again this is for those people who lean towards the aggressive style of play. This badge will make it very easy for your player to finish in the paint. The reason for that is because this badge is very active, It activates almost every time you go to finish in the paint.

In NBA 2K21 your stamina plays a huge part when it comes to finishing, as the finishing animations are dependent upon your stamina. To avoid any weak animations it is crucial that you have something in your build that caters to stamina reduction. That is where Relentless Finisher comes in.

As the game progresses and you continuously go for plays in the paint you’ll take a hit each time you finish through contact. Each hit will further deplete your stamina and as mentioned previously, that is a big no-no.

With this badge equipped, your stamina won’t deplete as much as it would without this equipped. Think of this badge as an energy drink for your player, it maintains your stamina which means more fancy plays for you.

As the name suggests, the Consistent Finisher will help you score more consistently by decreasing the penalty you might face for a poorly timed layup attempt.

You might’ve experienced that despite your aim and timing for the impeccable release you still miss the shot more often than not. The Consistent Finisher will be one of the best finishing badges in that case and will take of that for you and soon become an essential pillar in your build in NBA 2K21.

We’ve all been in that situation where you feel like you’re in a Mexican standoff, Just you, your opponent, and a random tumbleweed that goes rolling across the road. It’s just that situation but you’re going toe to toe with the defender in the paint trying to score that epic basket.

This badge will help you in that situation by making your backdowns more effective. One key thing to note is that successfully backing down a defender in the paint is dependent upon the strength of your player.

This is an effective badge and it’ll certainly give you a boost. You’ll see even more success if you use this badge with a strong player. Even if you equip this badge in the Bronze tier but your player has a good amount of strength, you’ll the Backdown Punisher work its magic.

This finisher is targeted towards a specific group of people. If you enjoy some fancy techniques such as reverse layups, hop steps, euros and employ them more often then this is the finishing badge for you.

It helps you achieve a successful and crisp blow-by and straight towards the basket, breezing past the defense but with some added fancy techniques to make that glorious dunk feel even better.

The first and foremost advantage you’ll get by using this finisher badge is the element of surprise. The Acrobat finishing badge will help you get past the defense and straight to the basket even if there is contact. Having this badge equipped boosts your arsenal of layup animations that will help you to finish when you’re driving in the paint.

That is possible because of that aforementioned element of surprise, no one expects you to drive to the rim with a euro-step or go for a reverse layup in the paint. We recommend that you use this badge in the Gold tier and you’ll have all eyes on you on the court with your fancy moves.

The second last badge in our list of NBA 2k21 finishing badges is the Giant Slayer. This badge is for all those who like to keep their player builds short, but that also comes with its fair share of problems. Going up against a player on defense with a huge build isn’t the ideal situation, but just in case you do find yourself in that situation then this badge will be your saving grace. This will substantially increase your chances of not getting blocked when you’re going for the rim, especially if your player has a smaller build and relies on layups.

The Giant Slayer Badge kicks in when the difference between your player and the defending player is at least 1″. The effect isn’t a lot because this badge really shines when the difference between heights is at least 6″. The flip side of this badge is that its activation is fairly inconsistent, so it isn’t recommended anywhere above the Bronze tier.

The final badge that we would like to mention in our best finishing badges list is the Pro Touch. If your layups are late or early then this isn’t the badge for you. If timing your layups isn’t that big of a deal for you then you’ll do well by equipping this badge. With the help of pro touch, you’ll be sure to succeed with your layups and that means more scores for you.

That was all regarding our best finishing badges in NBA 2K21 guide. To be the best on the court you need to know what suits you best. Be sure that your build has exactly what it needs to be a dominating presence on the court and hopefully you’ll achieve that with the help of this guide. You can find out about the best jump shot in 2K21 in our detailed guide. 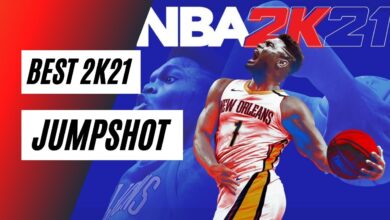 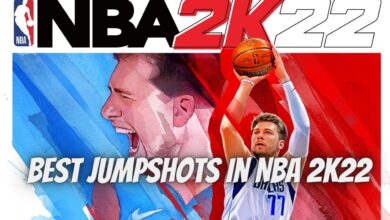 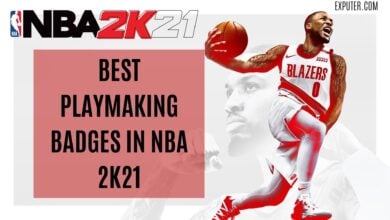 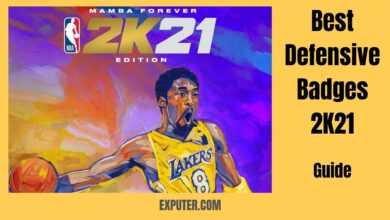 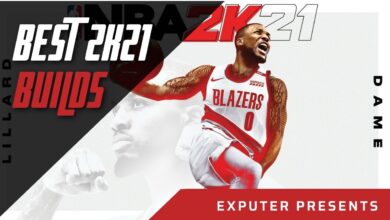 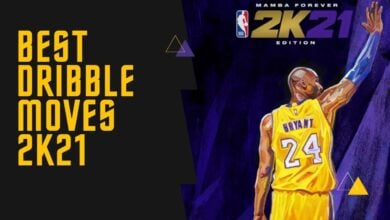 Best Dribble Moves in 2K21 to Win With Ease