An average party formation of Cookie Run Kingdom consists of various cookies of different classes, but it is safe to say that a good healer is the party’s backbone. Without the best healer backing the rest of the cookies up in the Cookie Run Kingdom, the DPS and Tanks might not last very long since their health at the end of the is limited. There are currently seven healer cookies in the game, and their rarity ranges from Common to Ancient.

At the bottom of our list is Angel Cookie and the reason for it is pretty obvious. Apart from being the only common healer in the game, her healing is only 50% of ATK, which is not enough to keep your party’s HP last until the battle’s end. On top of that, she doesn’t have any special skills or the ability to inflict special status effects, which other healers on our lists are capable of.

Angel Cookie is maybe good for the early game, but it is recommended to switch your healer as soon as you get your hands on a better one instead of leveling it up. If you have no other choice, you can go with the Swift Chocolate Topping or Searing Raspberry toppings to decrease its skill cooldown or increase its attack damage.

Carol Cookie provides great healing support and various buffs that can save allies during critical situations. Her skill, “Magic Songs,” have multiple variations depending on the situation of the battle. Normally she’ll sing the Song of Joy to replenish the HP of allies while also increasing their Critical % and Critical Damage.

However, if there are only two party members left standing (including Carol), she’ll activate the Song of Change, which resets and decreases her cooldown timer, inflict damage upon enemies, increases the Critical % and Critical Damage, and reduces the cooldown of rest of the party members.

While attacking normally, Carol sings the Song of Energy, which slowly restores the HP of the entire party. The fewer the teammates, the more effective her healing. She is also resistant to interruption while using her skill.

Compared to Angel Cookie, Custard Cookie III is an excellent starting healer with one of the highest “heals per ATK” stat. His skill, “King’s Favor,” allows him to instantly heal two allies with the lowest HP while also casting an HP barrier upon them, which saves them from imminent death. Custard Cookie III is free to unlock and can be obtained via story progression.

Cream Unicorn Cookie may not have the highest healing per ATK, but the various buffs that come with her make her really great. She reduces the Critical Damage received by the enemies upon skill activation and silences them.

This stops the skill cooldown timer of enemies, opening an opportunity for the DPS players to counterattack. Additionally, she also spawns multiple butterflies in the arena that heals the party members and grants them damage-reducing buffs.

While Herb Cookie’s base healing is not as high as the previous entries, what makes it so great is its ability to provide overtime healing to party members. Herb Cookie does this by turning the floor into a garden, and all the sprouts that come out of it heal the party members.

Furthermore, his skill, “Sunny Garden,” also removes all the debuffs inflicted upon party members by the enemies.

Sparkling Cocktail has the highest “heal per ATK” and is naturally a very effective healer, especially when you’re up against huge boss-type enemies. Like Custard Cookie III, Sparkling Cookie targets allies with the lowest HP, which is an effective strategy for keeping your entire party alive. Additionally, the aroma of her Cocktail boosts the morale of the entire team and raises their Critical %.

Pure Vanilla Cookie is the founder of Vanilla Kingdom and is one of the five leaders of the Ancients. Despite having a long cooldown timer, Pure Vanilla Kingdom’s healing support is unmatched. Apart from providing 99% heal per ATK, his skill “Love & Peace” allows him to restore the HP of the entire party while covering them with shields whose absorbing abilities scale with the HP of the individual.

But since Pure Vanilla is an ancient-tier cookie, you’ll have to rely a lot on RNG and luck to get your hands on him since Ancient cookies are a dime a dozen, and getting your hands on one is like finding gold in a coal mine.

The Cookie Run Kingdom features multiple classes of Cookies, each having its own specialty on the battlefield. These classes are further divided into rarities that go from Common to Legendary, giving the player a clearer sense of which types of cookies to team.

This concludes our guide on the best healers in the Cookie Run Kingdom. Let us know your thoughts in the comments below. 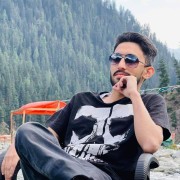 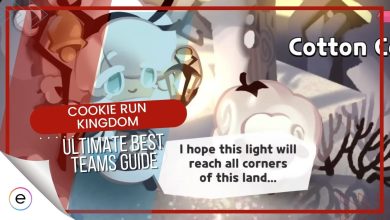 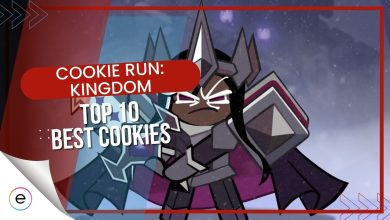