In God of War Ragnarok, you get the luxury of collecting plenty of armor that is scattered all across the map. Some of the armor sets are hidden away at different spots, while others can be unlocked by completing different tasks. Nevertheless, the game has an amazing feature, thanks to which you can change the appearance of your armor without losing any of its stats. Today, we are going to discuss the God of War Ragnarok transmog process in detail.

In God of War 2018, players did get the luxury of using different armor sets that provided them protection, but they couldn’t customize them. Because of this, players often had to wear armor they didn’t find visually appealing only because of its stats. However, this has changed in God of War Ragnarok, as the developers solved this issue.

How To Unlock Transmog

Now, while all of this sounds amazing and all, there is a big downside attached to it. Unfortunately, if you just started playing the game, you can’t access the transmog feature until you have made significant progress. This is because you will be able to transmog an armor set after you have reached the max level with it. In other words, you will need to take each piece of armor all the way to level 9.

Upgrading the entire set all the way to level 9 is a pretty time-consuming task, as you need plenty of resources for it. For each individual piece of armor, you need a good amount of resources. For instance, upgrading the Vidar’s Belt of Might requires you to spend 600 Hacksilver and 3 Forged Iron. The resource requirements are different for each armor set, but you will need Hacksilver for each one.

Therefore, it will take you a good amount of time before you can start changing the appearance of your armor. It is also important to remember that you will need to upgrade the armor set of which you want to change the appearance. Once you have enough resources in your inventory, you can visit the Huldra Brother’s Workshop and ask them to upgrade your armor.

How To Change The Appearance Of An Armor

After you have managed to level up your entire armor set to level 9, you can change its appearance without visiting any merchant or NPC on the map. Instead, you can do it straight from the menu that lets you see all of your armor sets.

To access the menu, press the touchpad of your controller and then access the Armor tab. If your armor set is at level 9, you will see an option named “Edit Appearance.” Press the square button to access this feature, and you can then proceed to change the overall looks of your armor.

After you have made the changes, you will be able to find detailed information about your current armor set in the same menu. Thanks to this, you can learn about the name of the equipped armor along with the one you stole the look from.

Overall, the transmog feature is pretty amazing, as it allows you to get creative. However, it isn’t something that you can access during the early stages of the game, as it will take you quite some time to take even a single armor to level 9. But considering you won’t have many armor sets in the early stages, you won’t need this feature anyways.

What Is Transmog Feature In GOW Ragnarok

The best part about the transmog system is that it helps you change your armor’s appearance without losing any stats. Take the Darkdale armor set for an example. It is a powerful armor set that offers amazing added effects, such as increasing the rate at which Rage is gained, granting you the Enraged Slayer battle skill, and much more. However, you might not find it visually appealing compared to the other armor sets in your inventory.

This is where the transmog feature comes in. What you can do is use the feature to change the appearance of the Darkdale armor set to some other one from your inventory. In other words, you can give it a brand-new look. Don’t worry; you will still have access to all the added effects that come with the Darkdale armor. 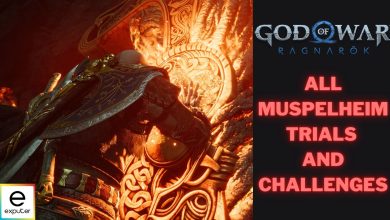 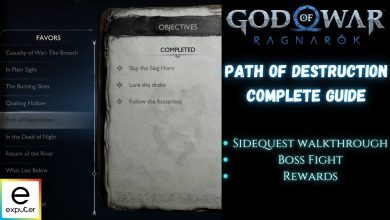 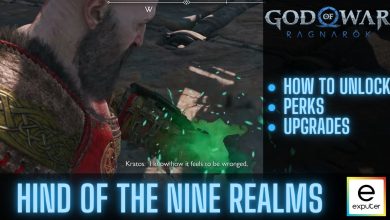