The Voices in any game are an essential part of the player’s gameplay experience. We all love seeing our favorite Voice Actors in action, and it seems like many are returning to Sonic Frontiers. Our guide would cover the new and recurring voice actors in Sonic Frontiers for both English and Japanese Languages.

Since Sonic Frontiers would allow multiple audio features and players can choose to play in various languages. Whatever language you choose, you are sure to see many popular voice actors at work.

The Japanese voice lines are voiced by Juichi Kanemaru. He has been voicing Sonic for more than 20 years, so do not expect a disappointing performance from him. Kanemaru is also famous for his role as Ryo Akiyama in Digimon Tamers and Mafuyu Hinasaki in Fatal Frame.

Mike Pollock has been given the role of Eggman in various games and shows throughout the franchise. He is one of the most popular English Voice actors that reprised his role in Sonic Frontiers. Fans love the iconic voice of Eggman along with his evil laugh that Mike Pollock performs well. Mike Pollock overall has provided consistently amazing voice performances for the Sonic franchise.

Kotaro Nakamura was chosen for his role as the Japanese voice actor of Dr. Eggman in Sonic Frontiers. He has been voicing Eggman’s lines since 2016. While he played his role in a few games in the franchise, he is still a great voice actor and fans expect great voice acting in the game.

Coleen O’Shaughnessy has been working with Tails Voice lines since 2014. She is also known for her performance in many T.V Shows and video games including Digimon, Sailor moon, and Tower of Fantasy. Overall, she is an experienced voice actor, so Tail’s voice is in safe hands.

The Japanese voice lines for Tails are provided by Ryo Hirohashi who is well-known for her role in the Sonic franchise. Other than the Sonic franchise, we also spot her voicing Miyazu Atsuta in Shin Megami Tensei V and Kyō Fujibayashi in a popular visual novel Clannad. 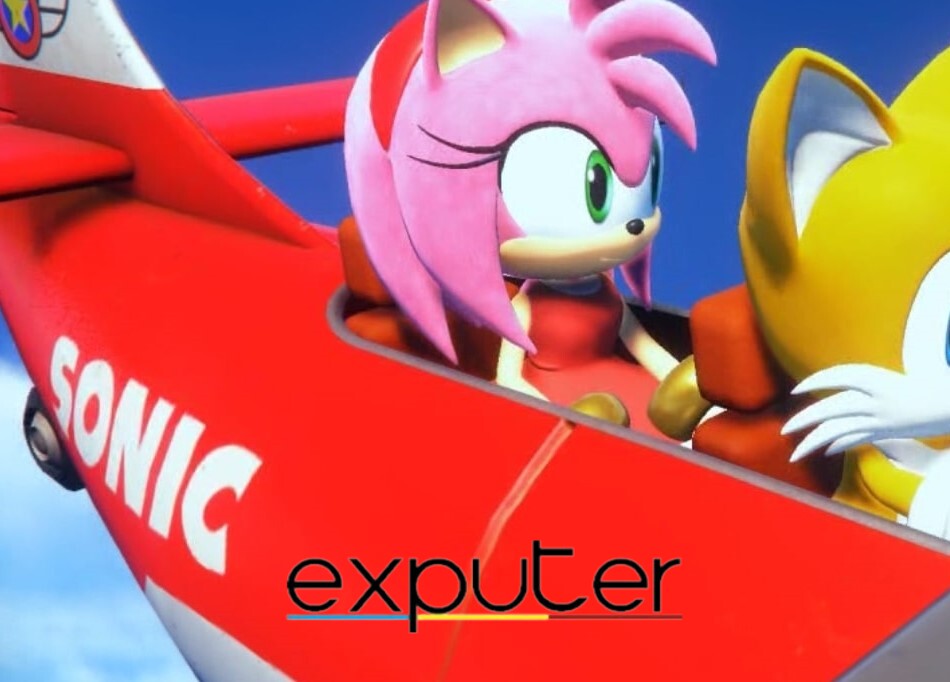 Amy (Image credits: Exputer)The Voice Actor of Amy in Sonic frontiers is once again Cindy Robinson. Cindy has been voicing Amy’s lines since 2010 and has become an iconic voice in the Sonic franchise. Cindy Robinson is also known for her role as Astrid in Skyrim and Kagura in Naruto.

Taeko Kawata is a Japanese voice actor for Amy in the Sonic Franchise and is greatly recognized for the roles she played in the games. While she is a part-time Voice actress, her performances with the voice lines of Amy are pretty great. Other than Amy, she also gave voice lines for Suzu Fujibayashi in Tales of Phantasia.

The Red Echidna once again makes a return in Sonic frontiers, and so does his Voice Actor Dave Mitchell. Dave started voicing Knuckles in 2019, and before that, he had played notable roles in various video games, including Spider-Man: Edge of Time, Kung fu Panda 2, and Ace Attorney. He is certainly an experienced voice actor, and his return as the English Voice Actor for Knuckles in Sonic Frontier should be interesting.

Nobutoshi Kanna is one of the most experienced voice actors in Japan. He has been giving voice lines for various media since 1991. His role has knuckles and is well-known among Sonic fans. Kanna has also voiced Nuji in Final Fantasy X-2 and Cú Chulainn in Fate games.

Big the Cat had multiple appearances in the Sonic franchise, including tv shows and games. The character has once again made a reappearance in Sonic frontiers. Kyle Helbert has been voicing Big the Cat since 2010. The Voice actor is known for his contributions to the anime and gaming industries. He is also behind the voice of Fredrick in Fire emblem awakening and Ryu in the streetfighter franchise.

Takashi Nagasako is the Japanese Voice actor for big the cat in Sonic Frontiers. He is also known for his works in many popular franchises, including Legend of Zelda and Fire Emblem. We also loved his role as Donkey Kong in Mario Kart 8.

The Sage is a new character in Sonic Frontiers who plays a great role in the plot. For the English Voice of Sage in Sonic Frontiers, we see Ryan Bartley taking on this role. Ryan has made significant contributions to both anime and video games. She is also known for her role as Lagill in Tales of Arise and Peony in Dragalia Lost.

Megumi Hayashibara was selected to give the Japanese voice lines for sage. While the character is new, Megumi still has vast experience being a voice actress. She is behind the voice of many characters in video games, including Shuichi Saihara in Danganronpa. Furthermore, she also voiced Latias and Gardevoir in Super Smash Bros Brawl.

The Sonic Franchise is one of the most popular video game franchises by Sega. Sonic Frontiers is the newly released game that took on an Open World approach. The game was released on multiple platforms, including Switch, Pc, PlayStation, and Xbox devices. Fans were certainly excited about a new experience, and Voice acting can certainly improve that a lot. The game features new exciting gameplay and features, and fans certainly expect the bar of Voice Acting to be high for the game.