The process of unification exists in Victoria 3 and it is presented in the game with great detail. It refers to the process by which one nation is transformed into another nation. This newer nation is usually bigger in size as well. Historically speaking, there have been quite a few examples of unification. One such example would be the unification of Italy in the 17th century, the same era that the game is set in.

In the unification of Italy, many small nations in the Italian Peninsula were consolidated into a greater Italian Kingdom. When talking about unification, there are two types that we need to keep in mind. They are as follows:

Let us discuss the two in greater detail.

Simply said, regular unification refers to a specific nation that can be created by other nations. These nations may or may not have existed in the past historically. Moreover, the time period around their existence may also vary. The game is set during 1836 and this information is relevant to understand the next bit. For example, nations like Poland which existed in the past before 1836, and nations like Germany which came into being after 1836.

For regular unification to successfully happen, there are certain conditions that must be met. They are as follows:

The tier of the country matters a lot when talking about regular unification. The forming nation should have a tier level that is lower than the unification country. The tiers are kind of a social ranking that determines how prestigious a country is. The higher the tier of the country, the higher the prestige it has. The tiers are assigned to the nations by default, and these depend on the historical influence of the nations.

Although this sounds very impactful, that is not the case. These arbitrary rankings had little importance towards the end of the 17th century. Albeit these rankings serve as a good indicator of power. It lets the players understand the political situation of the world at the time a bit better.

The forming nation must be the sovereign state over a majority of the integral state regions that will form the unification country. This means that the cultural homelands of the primary culture must be under the control of the forming country.

In case you do not have access to these technologies, you must first unlock them before you can perform the regular unification.

Unification is also a big reason why conquering other nations isn’t promoted in Victoria 3. Through unification, you can rule over the nations while also having control of their integral state regions. Approaching the matter in this way will give you less infamy than you would have gotten for conquering these nations through war.

This is the other type of unification that you can perform in Victoria 3. It is a bit different than the other unification which we just discussed. Major unifications refer to the nations that had significant nationalist movements behind their creations, historically speaking. Nations like Germany and Italy fall into this category. At the beginning of the game, this unification differs slightly.

But it is worth noting that a nation that has the same primary culture as the unification country has an opportunity to affect these options. These nations can research new technologies and unlock the Nationalism Society Technology. This unlocks new options for the player and these new options are Unification Candidates and Unification Diplomatic Plays.

It is worth noting that these candidates are subject to change. They change as the rankings change in the game. A candidate that previously qualified to be a unification candidate can be replaced by a stronger contender.

Support Of Other Candidates

Both sides have the same war goal, which is to overcome the other candidate so that they step back from being a candidate. This is also where supporting nations play a part. Naturally, if you have more nations backing you up, you will come out on top. In case matters go towards war, these supporting nations will also help out in battle.

When the war goal is enforced by the leadership the other nation who loses the play is eliminated from being a unification candidate ever again. This reduces the maximum number of unification candidates that were present. This check is put in place so that this cycle doesn’t endlessly repeat itself where a candidate loses and another one replaces it.

There is one important thing worth remembering here as well. In case that a nation loses the right to be a unification candidate, it does not mean at all that that nation cannot ever form the unification country. It would just have to rely on other means, such as war, in order to achieve that goal.

The nations that supported the unification candidate will be on their side in this diplomatic play. All of the other nations that are involved will be on the opposing side. This happens regardless of the fact that whether or not a nation supported an opposing candidate or no candidate at all. But like other diplomatic plays in Victoria 3, the nations who have an interest in the region are allowed to interfere in this play.

When the play is initiated, the attacker is aiming for the annexation of all the nations involved in the target list. You can see how it plays out when it begins.

In case you are not a unification candidate, you can still support one. This makes the candidates more amicable towards you and improves relations overall.

With that, you should be all set to manage your nations in Victoria 3. Check out our beginner’s guide in case you are a new player. If you want a more in-depth guide to some of the mechanics in the game, be sure to check out our Victoria 3: War System, if you are interested in the warfare aspect.

Did you find the information that you were looking for? Let us know about it in the comments below! 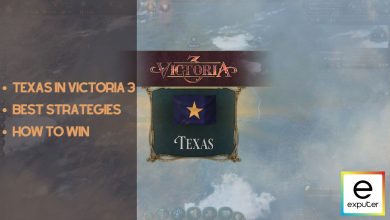