Among the many genres of gaming, MMORPG is arguably one of the most valuable ones. The ability of the titles in this genre to keep making profits years after release is what makes it so unique. Probably the best example of this is World of Warcraft.

It is impossible for any gamer to not have heard of the phenomenon that is the Blizzard MMORPG. World of Warcraft originally came out way back in 2004 and has been a success beyond compare. The game had 100 million registered accounts by 2014 and grossed over $9.23 billion in revenue by 2017.

With a new 10th expansion planned, the game is showing no sign of stopping. However, World of Warcraft’s future has been a doubt in China ever since the deal between Blizzard and NetEase expired. Many Blizzard games will not be available in mainland China after January 2023, but the players aren’t letting go.

Chinese World of Warcraft players are allegedly invading the servers of neighboring countries to turn them into a second Chinese server. A post on the World of Warcraft subreddit by user AngerRyan informed other players of the situation. However, it is best if you read everything in this article with a grain of salt as nothing is confirmed.

Since the Chinese servers will close down in a few weeks, players have put the servers of Taiwan, Macau, and Hong Kong under siege. The player explains that these neighboring regions have a separate server from China due to political issues. China’s World of Warcraft server is entirely different, but the other countries in the Chinese cultural zone are part of the worldwide server.

Poster AngerRyan says that players fleeing to these servers is normal as they want to continue their game. However, players in China’s most enormous World of Warcraft forum, NGA, are planning to make these servers their own. By using the advantage of numbers, they want to siege the servers and not respect the culture and environment set there.

In addition to this, the players from mainland China will report anyone using traditional Chinese or saying anything bad about the government. Essentially, they want to make these servers secondary Chinese servers and report existing players to oblivion. So, not only will they completely obliterate the culture, but also take them over.

The thread on the World of Warcraft subreddit has since been locked due to toxicity. Other players are calling it “digital imperialism” and apparently it has happened before. Chinese players also did this to Japanese servers when the Endwalker expansion came out on Final Fantasy XIV.

Endwalker was released a bit late on their end and the players took over the Japanese server. It took Square Enix a month to ban all of them, so there isn’t a quick fix for this if it happens. Hence, this “digital imperialism” has happened before and it will again if Blizzard doesn’t help.

Again, nothing in this thread is 100% true according to the moderators. We hope this is just a hoax for the sake of World of Warcraft players in regions neighboring China. But, the game and Blizzard entertainment have a tough future there. 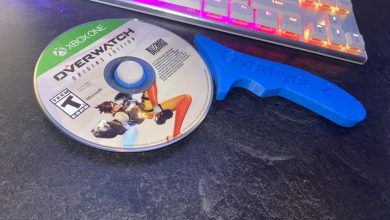