Assassin’s Creed Valhalla was a well-acclaimed title for Ubisoft that told the epic tales of the Viking era. For most gamers, Valhalla hailed the crown after snatching it from its predecessor. Despite minor criticisms, it has aged like fine cheese because of DLCs and updates, enchanting its overall feel after many months since its release.

Like Odyssey, it doubled down on the innovative RPG formula that recent renditions in the Assassin’s Creed franchise seem to have followed.

The distaste because of that choice led to some gamers not relishing its open world that perfectly encapsulates the fictional fables of Vikings through the lens of the Assassin’s Creed universe.

The PC version was originally only released on the Ubisoft Connect and Epic Games Store. However, the latest rumor supported by convincing evidence suggests the game’s arrival on Steam is imminent after two years of patience.

The image was initially shared on the SteamDB Discord server and reveals the title’s product listing for the Steam storefront. The exact date is anyone’s guess, and there is no proper way to pinpoint a concrete date. Steam already garners most of the Assassin’s Creed games, and not having Valhalla seems unwise.

Moreover, data-mined details are hardly ever proven wrong since it is technically officially stated but hidden evidence. Regardless, it is best to take this newly dug data mine information with a grain of salt.

It would make a lot of sense for Ubisoft to finally release a Steam version of the title, as not adding it has arguably brought more disdain and damage to Assassin’s Creed Valhalla than any good. Furthermore, a Steam version can be anticipated to arrive for several reasons.

Steam will continue to dominate the PC gaming market, as it recently garnered over 30 million concurrent users. Releasing Assassin’s Creed Valhalla on Steam will benefit the overall sales and may bring a new scoop of gamers looking to experience the stellar storyline of the game.

The addition of a Steam version may also tease the inclusion of Assassin’s Creed Mirage on Steam upon release. Ubisoft will lose a bundle of potential audience and purchases if it leaves Steam out for the Epic Games Store.

What are your thoughts about Ubisoft’s well-famed rendition, Assassin’s Creed Valhalla eventually arriving on Steam? Do let us know your opinions in the comments below. 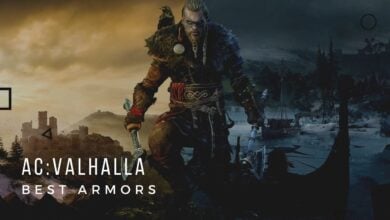