To talk about iconic side-scrolling games that once made a killing on the retro Nintendo consoles and not mention Castlevania would be no less than a disservice to the legendary vampire-based series.

The franchise in question has had some of its best games come out for the Nintendo Game Boy Advance, such as Castlevania: Circle of the Moon, Castlevania: Aria of Sorrow, and Castlevania: Harmony of Dissonance.

Fans and followers can now find comfort in the fact that the Castlevania Advance Collection—that includes the titles mentioned above—has surfaced a listing on Play-Asia, which is a well-established game import platform.

The listing mentions that pre-orders for the game are opening soon, but shipment dates are to be declared. One part of the description says that the Contra Anniversary Collection is also included in the Castlevania Advance Collection, strangely, but it’s quite likely that the latter was mistyped.

The listing on Play-Asia conjoins with the fact that the Castlevania Advance Collection has been rated multiple times across the world over the course of the past week. The first time that the title ever appeared online was on the Australian rating board with Konami being the publisher and K2 being the game developer/author.

Fans are in for quite the treat, as this major reinvigoration of classic Castlevania games for the Nintendo Switch is all set to bring back those moments of vampire-slaying joy and thrill. The bundle at hand also includes the Castlevania Anniversary Collection, which has a multitude of titles included in it, such as:

Lastly, the Play-Asia listing mentions, “Included is a unique eBook with details provided by developers, artists, and others inspired by the Castlevania legacy which sheds a fresh light into the world of Castlevania,” so there’s the added perk as well.

UPDATE: The Castlevania Advance Collection has just been recently rated on the Taiwanese rating board, but unfortunately, the page has since been removed. Thanks to Gematsu, we were able to procure the following box art of the upcoming title.

This latest rating seals the deal that the following games will be included in this collection, along with a specialized “Rewind” feature:

What do you think of this leak? Let us know your thoughts down in the comments section. 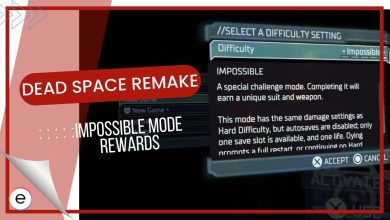