A recent fan-made patch adds a complete English translation for E.X. Troopers, a Lost Planet spin-off game available only in Japan on the PlayStation 3 and Nintendo 3DS. The third-person action game was developed by Capcom and it went on sale on November 22, 2012.

The Japanese video game market has consistently been a top contender for international developers. They have always drawn a lot of players to their games. Unfortunately, language barriers can make it difficult for foreign players to access and enjoy their favorite games. Evidently due to the non-understandable script.

Fans have long tried to create translation patches in overcoming such obstacles. Even though such labor requires a lot of love and effort, we can safely assume that fans have plenty of both.

Fans have now created an unofficial English translation patch, just in time for the E.X Troopers’ tenth anniversary. The project’s staff claims that it has taken them more than seven years to complete and that “almost 17,000 individual Japanese lines” have been translated. Talk about true love.

As may be observed from the official introduction of the patch, the team discuss their ideas:

“After 7 years of working on this project, we are excited to finally share our results. We have faced so many challenges while translating this game, ranging from reverse engineering the game’s files, overcoming multiple technical limitations of the game’s engine, translating over 17,000 individual Japanese lines, replacing hundreds of speech bubbles in pre-rendered videos, to releasing this patch for two completely different systems simultaneously. We have poured so much into making this and are proud to finally release it.”

Go through the trailer of the English translation patch of the game here:

All in all, we’re very delighted to have playable E.X Troopers, an action game that emphasizes as much character dynamics in a pilot school as on alien-blasting action.

Lastly, many games suffer from being limited to a single region or language or from not having a global release. Kenzan Kiwami of the Yakuza series is a recent example. With Yakuza’s Like A Dragon: Ishin doing rounds with an international remake of the original Japanese Ryu Ga Gotoku Ishin!

Given the developers’ repeated denials at events, a remake of Kenzan is all but impossible. Although both remakes have long been anticipated by fans worldwide.

How does the translation patch strike you? What about downloading it? Let us know in the comments. 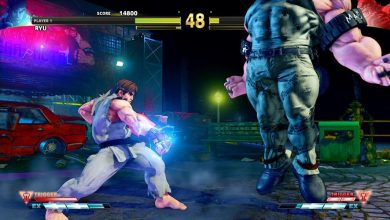