There is also a Deluxe Edition of Elden Ring that includes just the digital soundtrack and a digital artbook of the game. The Collector’s Edition can be seen in the following image: 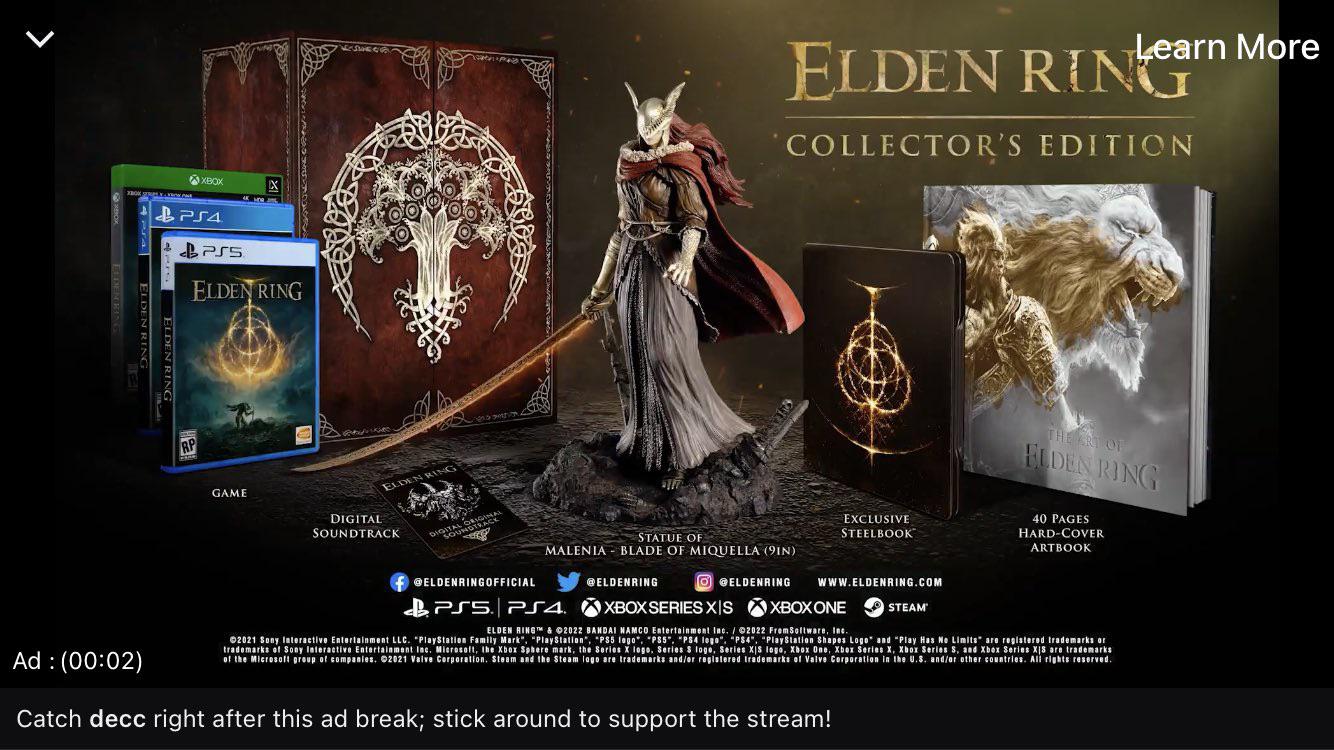 Elden Ring is by far one of the most anticipated games of 2022, standing at the top amongst behemoth releases like God of War Ragnarok and Horizon Forbidden West. The game has still been shrouded in complete mystery with little to no gameplay shown at this point. However, a 15 minute long segment of Elden Ring’s gameplay is supposed to go live later today.

From Software are well known for their intensely brutal difficulty and, with all the current talks about appealing to the casual audiences and having easy modes and whatnot, many have been wondering whether FromSoft games will follow suit to make their games more appealing to a casual audience or are going to remain as adamant as ever about their approach to difficulty.