Embark Studios’ second game code-named Discovery might be named “The Finals”.  There are multiple trademarks filed with EUIPO, USPTO, and JPO under the name, which were filed around the same time trademarks for ARC Raiders were filed.  The Finals will be a free-to-play team-based first-person shooter.  The launch window is looking towards 2023, as announced by the CEO of Nexon, Owen Mahoney, last week in an annual letter to Nexon shareholders. “One is the second game from Embark, code-named Discovery which we plan to launch within 12 months of ARC Raiders.”

At the moment, we don’t have many details about these three projects that the company is working on. However, in the coming year, we should hopefully get more information on all three of these projects from Embark Studios. The company plans to “launch several Virtual Worlds in the coming 12–18 months”, so it seems like we’re about to find out soon, too. 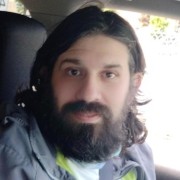