The Monkey Island series is regarded as one of the most intriguing adventure games. This title ruled the minds of adventure enthusiasts from the early 90s to the end of the previous decennium. The amalgamation of witty humor alongside immersive puzzles left the hearts of gamers to want more from this series. The fanbase grew extensively as the era of Monkey Island came to an end. However, we may be getting a new Monkey Island sequel after a whole decade as Ron Gilbert teased (well, sort of).

This year’s April Fool’s Day was full of joyous moments in the gaming community, with hefty sprinkles of fabricated news and planned lies. Throughout all this jumble came forth the announcement from the well-renowned video game designer behind the Monkey Island series, Ron Gilbert, on his official blog, Grumpy Gamer. “For 18 years, the Grumpy Gamer blog has been April Fools’ day free because it’s a stupid tradition. So to mix things up a little, I’m taking this opportunity to announce I’ve decided to make another Monkey Island”, he stated.

The way he put those words may make it seem like an April Fool’s Day joke. However, Ron Gilbert has made it clear on a yearly basis how he dislikes this tradition. He often noted how he never joins in on the April Fool’s Day jokes. Last year, he cited, “For going on 17 years, the Grumpy Gamer blog has been and always will be April Fools’ day free. Stay strong.” While a new Monkey Island sequel sounds too good to be true, knowing Ron Gilbert, it is not impossible if he lives up to his words.

Still, we suggest taking this with a grain of salt. The way he has worded it also sounds like he is finally breaking that tradition and fooling the community, as mentioned by a few people. If this is truly an April Fool’s Day attempt, Ron Gilbert has successfully crafted the slowest yet most detrimental joke through the years. The community has no idea how to react and is currently divided into two spectrums.

The remnants of nostalgia have interwoven the community together till this far. The emergence of a new installment ought to revive the once-beloved series; if this announcement isn’t the evilest April Fool’s Day joke. Petitions were made in the past to revive the classical adventure title. Now, it might just pay off. However, nothing’s certain at the moment. 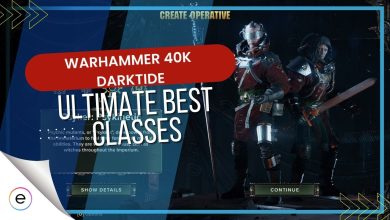