LEGO is not a brand unknown to many, being extremely popular among not only children worldwide, but adults as well. Same can be said of Sonic, SEGA’s mascot, debuted in 1991 through his titular game Sonic the Hedgehog. Well received by the public, Sonic propelled SEGA and its console, the SEGA Genesis to great heights and made the console a key player in the16-bit era. The game would go on to become one of the best selling video-games of all time and spawn a massive media franchise.

Over the years, LEGO has partnered with various companies to bring popular media franchises in the form of buildable brick sets or as its own styled video-games, such as Star Wars, Lord of the Rings, Marvel and DC superheroes etc. However, there are many popular franchises that have yet to receive the LEGO treatment, and among them has been the Sonic franchise despite its massive popularity worldwide among adults as well as children. Sonic did have  LEGO debut as part of LEGO Dimensions, but never as a set.

At the start of this year, those awaiting Sonic’s LEGO debut received hope in the form of LEGO greenlighting the first ever official Sonic the Hedgehog set, through LEGO Ideas, an initiative that allows fans to propose their own set designs, which then undergo approval and if approved, are officially produced and released as part of the LEGO branding. The set, officially known as the Sonic Mania Green Hill Zone Lego Ideas design, was first proposed by 24-year-old fan Viv Grannell, and was greenlighted back in February of this year, however, more news since then has been scarce. Viv would go on to say, “I’ve been invested in the world of Sonic for almost my entire life, and it’s such a perfect fit for the Lego system that I spent about a year rallying support for it to happen.”

Recently, the set was leaked online as a listing, through a fairly well-known online marketplace called Mercado Libre, and popularised by this tweet. The set currently has a release date of January 1, 2022. Fans should know that it will be released as a one-off set as part of the LEGO Ideas brand, rather than a complete LEGO series. 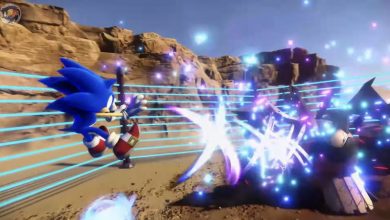