NetherRealm Studios might have started a vague promotion for their upcoming game. Fans noticed ads for DLC on Mortal Kombat 11 main menu. While we are already aware that MK11 is over and NRS officially announced no more DLC for the game, the new ads banner might be hinting towards something.

Well thats kinda… ads for DLC I already own on the main page just slapped at the top UGLY #PS5Share, #MortalKombat11 pic.twitter.com/lgNkUZfjiw

The addition of an ads banner is something new and it might later be shared to promote the upcoming game, we can expect that after the official announcement.

Now, why is the ads banner considered something to look forward to? NetherRealm has a previous history of using ads strategy to promote their upcoming game. They just put out a 20GB update on Steam for Mortal Kombat X, which consisted only of ads for Mortal Kombat 11.

According to fans on Steam Community, the 20 GB update had nothing regarding Mortal Kombat X new but a huge number of ads for Mortal Kombat 11. Well by that, the ads strategy sounds like a real thing.

A Twitter account affirms that the ads banner really is for the promotion of the upcoming game.

Some datamining happened and they're gonna use this to advertise their next game 😉 https://t.co/h3SCnLySBI

Nothing can be said confidently but we do hope all this leads to an official announcement soon. There has been a lot of noise regarding Mortal Kombat 12’s possible release. Ed Boon, the Chief Creative Officer of Mortal Kombat & NetherRealm Studios has recently spilled the beans in a Twitter thread.

Major rumors, though, support Mortal Kombat 12’s release. The most likely date for the release of Mortal Kombat 12 is 2023. Yeap. That’s true. Finally, there is a glimmer of light at the end of the tunnel.

Ed Boon responded to a question from a fan in his Twitter Q&A session saying there is likely something coming in the next six months. The next step is only a matter of connecting the dots. Within the first five or six months of 2023, NetherRealm will reveal Mortal Kombat 12.

Furthermore, Jonathan Anderson, senior production manager of Design at NetherRealm, tweeted a picture back in January 2022, but he quickly deleted it. A few Mortal Kombat game artworks were included in the image, but fans instantly noticed something else.

On the monitor above, in the upper right corner, is a file with the name MK12 Mast… The lines “Our fans eagerly scrape the internet for any trace” can also be read.

NetherRealm has alternated between publishing an Injustice game and a Mortal Kombat game for many years. By that reasoning, Injustice 3 ought to be the next game, but Ed Boon thinks otherwise.

When asked whether the Teen Titans superhero Beast Boy would be in the upcoming Injustice game, Ed responds:

IF we make another Injustice game…. then I would say likely.

“IF” we make another Injustice game. We have previously seen that there will be a reveal within the next six months, if it isn’t Injustice 3, Mortal Kombat 12 is the only logical conclusion.

Anyways, nothing can be said concretely without an official announcement but at this point, Mortal Kombat 12 looks like a soon-release. In any case, we hope to see NetherRealm putting something extraordinary on the desk.

Which do you think will be NetherRealm’s next game? Let us know in the comments below 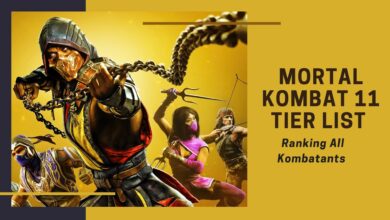 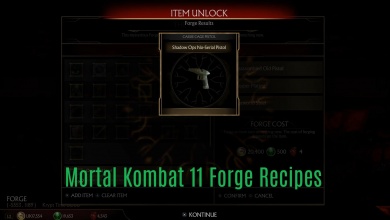