Overwatch 2 is a multiplayer team-based and shooter-based fps game with a huge roster of playable and unique characters. These characters act as a selling point of the game, these characters are mostly known as heroes of their specific universe, some of them anyway.

Each class in Overwatch features a unique skill set and forces players to adapt themselves into a distinctive playstyle, keeping Overwatch’s gameplay somewhat restraining, but extremely fleshed out seeing as one player might focus on one hero and decide to work solely on that hero.

Like most team-based games which focus on heroes as their main form of classes, you can choose either a tank, a string defensive role, support a healing role that focuses on helping your team, or an attacker, the majority of heroes and the ones that head into combat.

These are the playable classes in Overwatch that redirect gameplay in a more streamlined flow, making every moment of the game enjoyable, and finding new hero synergies all the more fruitful.

But with time, people start to lose interest and studios focus on newer titles, in this case, Overwatch 2. The decision to move forward with a new game was one that was ill-received, with fans hating this step forward as a franchise.

Nevertheless, the team moved forward, and as everyone knows at this point, Overwatch 2 had a notoriously bumpy launch. For the first few days of launch, the game was plagued by terrible server issues, insanely long queue times, massive hate from the fans, and a massive DDOS attack just days after release.

Well, fans will be delighted to hear that this is not where the situation halts, it actually gets much worse. As everyone knows, Overwatch 2 is now a free-to-play game with no monetary constraints. But this statement may e a bit exaggerated.

A new achievement in Overwatch 2 requires the player to unlock 50 unique cosmetics for a specific hero. This may not sound as bad as one would think, but this would be until you realize that you need to spend actual cash to unlock these cosmetics.

All in all, you would need around 15000 premium currency which would end up costing around 130 Dollars. Now let us take this into perspective, it takes 70 Dollars to buy an entire AAA game or to pre-order one, and these people are asking almost double for one lousy achievement.

It is understood that the game is free to play, but asking for 60 Dollars for one different colored hat is definitely not enough to keep a game’s player base happy, and with the decisions the studio keeps making, we can expect this to get even worse. 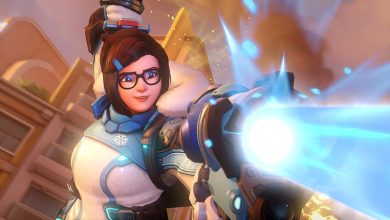