First-person shooter games have always been the most popular and inspirational titles to hit the market, but some titles take it to a new extreme. The original Overwatch was one of the most popular online games ever made, known for popularizing an entire genre called the “Hero shooter.”

It’s fitting to claim that Overwatch was a stellar success for the highly open-ended genre. Developed and published by Blizzard Entertainment, Overwatch’s legacy started in 2016. This multiplayer team-based first-person shooter took extremely unique ideas and strung them together with a hero system that was loved by many.

Although people initially hated the announcement of Overwatch 2, deeming it a cash grab and a re-skin from the original game, the hate only continued as many of the heroes and abilities felt identical as in the previous title. One good thing about this was the fact the title was going free to play.

But how does a free-to-play title make money? Well, games like Fortnite focus on the many skins and its Battle Pass, and this also extends to many more free-to-play titles. But what Overwatch is doing will most likely receive tons of hate as their practice model is not likable in the very least.

The official store for Overwatch made an announcement about the Watchpoint Pack, and the details there seem to be stirring up some chaos. When the information was made public, the site said that the new hero Kiriko would be free for all users with the Battle Pass.

This image shows what was officially written in the description. In a now edited statement, it previously told us about the Season One Premium Battle Pass and how you can get many new free skins, everything seems fine until you read the last line.

“As a Season One Premium Battle Pass owner you will automatically receive access to the Latest Hero Kiriko.” A statement that feels like something extremely vile is being made. If this is true, it would mean that unlocking new heroes may be put behind a paywall or hours of grinding.

For those who do not know, Kiriko is the first new support hero since Baptiste in February of 2019. Although No official announcement has been made, this is the second time this has shown up.

We are less than a month away from launch and the OW team has not released any information on how monetization will work among other things. This is definitely concerning for new and old players alike. 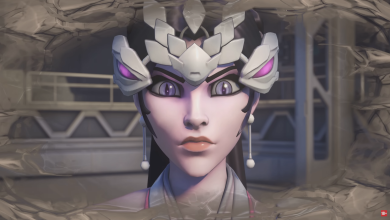