Player Unknown’s Battlegrounds or better known as PUBG, has stirred up the battle royale business quite profoundly. The game combined with its mobile counterpart boasts a userbase of more than 40 million and those figures speak volumes about this IP’s widespread success.

If that wasn’t enough, however, we’ve recently acquired concrete proof that PUBG’s developer is working on another shooting game, although there are significant changes to look out for. According to a bevy of job listings in Seoul, South Korea for PUBG, reliable leaker PlayerIGN has spotted an open-world science-fiction shooter in the works. The whole scenario has been taken to Twitter as well.

What’s cryptic here is that this project has been codenamed “Vertical.” The meaning behind that is unknown as of yet, but we bet there’s a lot more to it that’s coming in the spotlight – it’s just a matter of time now.

14 of these job openings have this “Vertical” handle beside them. What we know furthermore is that the game will be built on Unreal Engine 4 which has become a staple in video game development.

Something that is being widely speculated ever since this news dropped, is the connection between PUBG and The Callisto Protocol – an upcoming sci-fi survival horror that’s made by the creator of Dead Space. It was announced back in the Game Awards 2020, and there’s quite the scene behind this game and PUBG.

It turns out, a spokesperson from the developers of The Callisto Project told IGN that their game would be set in the PUBG universe. At first thought, the idea seems outlandishly vague, as the tie-in between these two looks far from possible. How could all-out guns blazing PvP action be in the same place as a terrifying Dead Space-esque narrative? This one could truly use a good explanation.

Anyhow, with these job listings, it seems that PUBG is well on its way to developing a brand-spanking-new IP. When we’ll get to see more on this, is a question many are asking.

What do you make of this news? Let us know down in the comments below. 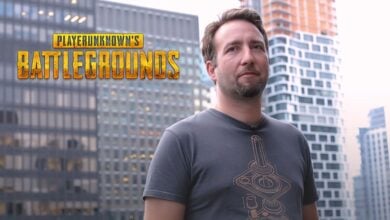