Electronic Arts is a powerhouse of solid IPs. These include multiple massively successful series and franchises such as the Battlefield series of military shooters, the Need for Speed series of racing games, an extensive portfolio of licensed sports games series, all of BioWare developed games, and countless others all under EA’s umbrella.

EA has also supported many indies, the latest of which was the hit game It Takes Two which took the world by storm, however, EA has had no new IP ever since BioWare‘s Anthem, or Respawn Entertainment‘s Star Wars Jedi series in a sense.

This may change in the future according to job listings found on EA’s website.

Respawn Entertainment was formed in 2010 but its founders Vince Zampella and Jason West had quite a legacy. They were the creators of the extremely hit FPS series Call of Duty, which has become a household name. After forming Respawn they created the well-received Titanfall IP with EA.

After Titanfall came the sequel which is still considered by many to be one of the best FPS games in recent years, judging by not only its fast and addictive multiplayer component but also the well-received campaign. Titanfall 2 spawned another new IP set in the same universe, called Apex Legends which has become a quite popular Battle Royale game

Respawn has not slowed down and followed this up with the amazing Star Wars Jedi: Fallen Order, a third-person action-adventure game set in the Star Wars universe which took its inspiration from Souls games. Lucasfilm must have been impressed with Respawn as Lucasfilm Games announced its partnership with them to bring three Star Wars projects.

One is the sequel to Fallen Order titled Star Wars Jedi: Survivor, the Star Wars FPS game is being headed by Peter Hirschmann who has previously worked as VP of development at LucasArts, and was executive producer on the original Star Wars Battlefront games. The third game is a strategy game being developed by Bit Reactor and will be published by Respawn.

This is quite a portfolio and if this wasn’t enough, Respawn is apparently working on a completely new IP as well which may be a single-player game, according to job listings.

The first listing is for the position of Software Engineer Intern for a supposed Incubation team within Respawn.

As can be seen, the description states that Respawn is looking for an intern to join a compact incubation team that is developing a brand-new IP. An incubation team is typically a small team that is working on a yet-undecided project, basically trying out different concepts to see what sticks.

This shows that the game has still not taken a specific form yet but it will supposedly be a single-player game. A listing from January also seems to be for the same project.

This listing is for the position of Technical and Systems Game Designer and also requires the applicant to join a small team working on a brand-new IP. Since the listing is from January it would be safe to assume the incubating project has been in development for quite some time.

It should also be noticed that while this listing only indicates that it is a new game, the newer listing points out that it is a single-player game, which the project must have evolved to during all these months of incubation.

Also interesting is the ‘Why Join Us’ section of the listing which states  that this is, “a game that favors open-ended systems over tightly scripted moments, where players create their own stories through gameplay.”

This alludes to the fact that the game has open-ended gameplay, and could be an open-world game as well. Since the game is still under incubation it is very difficult to say what it is as it could drastically change by its next iteration.

There was another listing for a Senior Level Designer which had some interesting points but we can not say with uncertainty whether it is for the same project, although it is highly likely it is.

The applicant is required to design levels “with a latitude for creative experimentation and exploration.” A game with a focus on experimentation and exploration immediately brings to mind such games as Noita, Dishonored, and The Legend of Zelda: Breath of The Wild. All of these are truly amazing games and if the project under development is even close to any of them then it could be an amazing game.

It should be noticed that as stated, Respawn currently has its hands completely full managing not only Apex Legends but also the three upcoming games that have been announced, and since the game is still in incubation, it should not be expected anytime soon. The game has probably not even entered pre-production yet since the game is still changing according to ideas, experimentation, and feasibility of their implementation for a commercial game, and is thus ever-changing.

For the time being, we can only wait till there is an official confirmation of the game, as the game getting approved after being pitched to execs is not even certain, or the devs may be put to work on a different project, as was the case with the cancelled Plants Vs Zombies game, which sadly showed much promise according to the surfaced video.

Respawn has continuously delivered great games every time it has made one so hopes are high. This is all that is known regarding the yet-unannounced game but we can expect it to be great. We will keep you posted with any updates regarding the situation in the future. 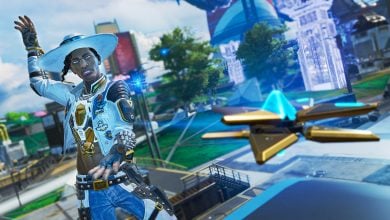 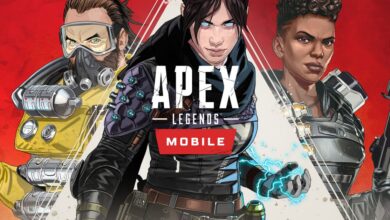 Apex Legends Mobile Will Have Multiple Modes On Launch