It has been more than two decades since the eminent free-to-play online fantasy MMORPG, RuneScape, was released by Jagex. With more than 200 million accounts created and over $1 billion worth of revenue generated across all platforms, the game is recognised by the Guinness World Records as the world’s largest and most-updated free MMORPG ever. In 2018, the company released RuneScape for Android and iOS devices, and the game has been installed more than 13 million times since then. However, it has been a while since the company released a new game, but it seems like that’s about to change, as Jagex is currently working on a new IP that happens to be a free-to-play online open-world survival craft based on Unreal Engine 5.

Earlier today, we came across a few job listings on the Jagex website for an “unannounced game” that the company is working on. One of the job listings is for the Senior Combat Designer position, the description for which reads, “Jagex is expanding and extending its portfolio with fresh franchise titles, new IP and, in 2018 launched Jagex Partners, delivering third-party publishing and operational services exclusively for the living games of the future.” In January, it was revealed through an employee’s LinkedIn profile that the company is working on an “exciting unannounced title being developed in UE5” and this job listing further confirms it.

Furthermore, the Job Purpose for the job listing states, “You will be responsible for designing engaging combat and PVE/PVP player mechanics in Jagex’s new Open World Survival Craft title and seeing your designs through from inception to realization,” which suggests that the unannounced new IP will be an open-world survival craft one — a new genre for Jagex to explore — with a single-player and multiplayer combat experience. “This will involve creating features, game systems, and narratives that will help power the core game experience,” the job listing further mentions, which suggests that this unannounced game will also have a narrative element to it.

However, this isn’t all. One of the Essential Skills that the candidate must have mentions “experience of multiple end-to-end game development cycles on high-end PC or console titles,” which suggests that the new IP will not only be multi-platform but one that may be hardware-intensive. So, we can conclude that this unannounced game will be very focused on visual quality and clarity. In addition to this, the job listing also demands that the candidate have “experience working on both melee and ranged combat in a networked environment,” so this unannounced game could have both melee and ranged combat. However, it’s unclear (yet) whether it will be a first-person one or a third-person one. Lastly, the job listing also mentions that the candidate could have “experience with Unreal 5,” which suggests that the new IP could be a next-generation one as well.

In another job listing for the Associate Technical Director position, one of the Desirable Skills that the candidate could have mentions “experience or knowledge of Free-to-Play games,” which suggests that the unannounced game could be a free-to-play one, similar to RuneScape. Hence, more players will be able to experience this new IP.

For now, this is all the information we have on this new IP from Jagex. In May 2017, an emblem for “NextGen,” which is the new IP that the company is supposedly working on, was accidentally revealed during a livestream by a former Community Manager at the company, Mod Shauny. However, there hasn’t been much news about this since then. Hopefully, as time goes on, the company releases some more details about this new IP that it’s working on because it seems very promising. 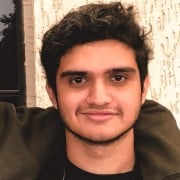