For years, we have heard rumors of a new title being developed by Zenimax Online Studios. ZOS is the developer of the Elder Scrolls Online, an MMORPG set in the Elder Scrolls universe. We now have confirmation that a new IP is in development at Zenimax.

Ben Jones manages a team of 50 on the project and notes that 200 people around the world are working on the title. The unannounced title is described by Ben Jones as having a considerable investment and is a very large-scope project. According to Jones, the title has been in development for 4 and a half years, likely starting production around 2018.

Insiders have spoken of a new IP from Zenimax starting development in 2018 for years. Some have speculated it is an MMORPG Starfield game. Others think, and is most likely a wholly original IP.

Confirmed: Xbox first-party studio Zenimax Online, developer of The Elder Scrolls Online, is working on a brand new AAA IP, built on a brand new game engine. The title has been in development since at least 2018. pic.twitter.com/76by373zPx

Zenimax Online Studios is currently developing a mobile title in a new IP. However, it is unlikely this is the title that Ben is referring to. According to a Linkedin post, the new title Ben’s team is working on is a AAA title, not a mobile game.

Zenimax has also grown its international studios over the last year. Hiring has been strong across all Zenimax studios, including Montreal, Austin, Madison, San Diego, and Madison.

The job post listing for the lead Quest Designer states,

ZeniMax Online Studios is seeking a Lead Quest Designer to join our studio for the development of our next AAA game. This is a chance to join an experienced group of developers in pre-production for a new IP. This role will collaborate with the Lead Content Designer, Lead Narrative Designer, Design Leads, & Lead Environment Artists to drive quest content. A developer in this role serves as a key part of the content direction for a new IP and will help drive a holistic approach to quest development that includes gameplay moments, combat encounter design, and scripting.”

With Zenimax’s background developing the Elder Scrolls Online, it might seem likely that this title is a new MMORPG. However, it is also possible that the studio will take a different step and make a single-player title. With the game being in development for 4 and a half years, it is likely that we could see this new title soon. 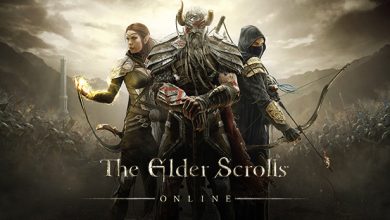