Most horror games tend to focus on the apparent terror through hard-coded jump scares that, as the name suggests, make players jump due to scares. The formula works and is widely beloved, but many gamers have become immune to the easily-predicted nature of those horror games.

Sometimes, more atmospheric horrors like Scorn are preferred by players. Atmospheric horror remains largely unexplored in the gaming sphere. It is when a game mainly focuses on the atmosphere, making it eerie and leaving your stomach-churning by the overall vibes of the games. It is a kind of horror that keeps you on edge throughout the whole experience.

Scorn introduces us to the deformed world of flesh, where everything is meaty and organic. Scorn aims to chuck gamers into a nightmarish world overflowing with unsettling yet mesmerizing creatures and locations inspired by Polish painter Zdzislaw Beksinski and Swiss artist H.R. Giger — the figure behind Ridley Scott’s Alien.

This is a substantial sign of how hair-raising this title ought to be. Scorn has been through a bundle of delays and has evolved tons through its development. The game appears to be closer than ever, with a potential release date and screenshots being leaked on SteamDB.

SteamDB page features the crucial particulars of Scorn that were veiled before. The game is aiming for an early winter release, supposedly coming out on 21 October 2022. The page cites the following, “Store API Release Date: 21 October 2022.” A bundle of screenshots can also be seen on the SteamDB page that appear to be artwork for the game.

It is worth noting that the release date may just be a placeholder that can be altered in the future. Although most details featured on SteamDB prove to be genuine. The last update was three days ago, on 9 June. Some of the images revealed in SteamDB are featured below:

The image appears to be the artwork that reveals the fleshy details, leaving onlookers with a sense of awe and disgust. 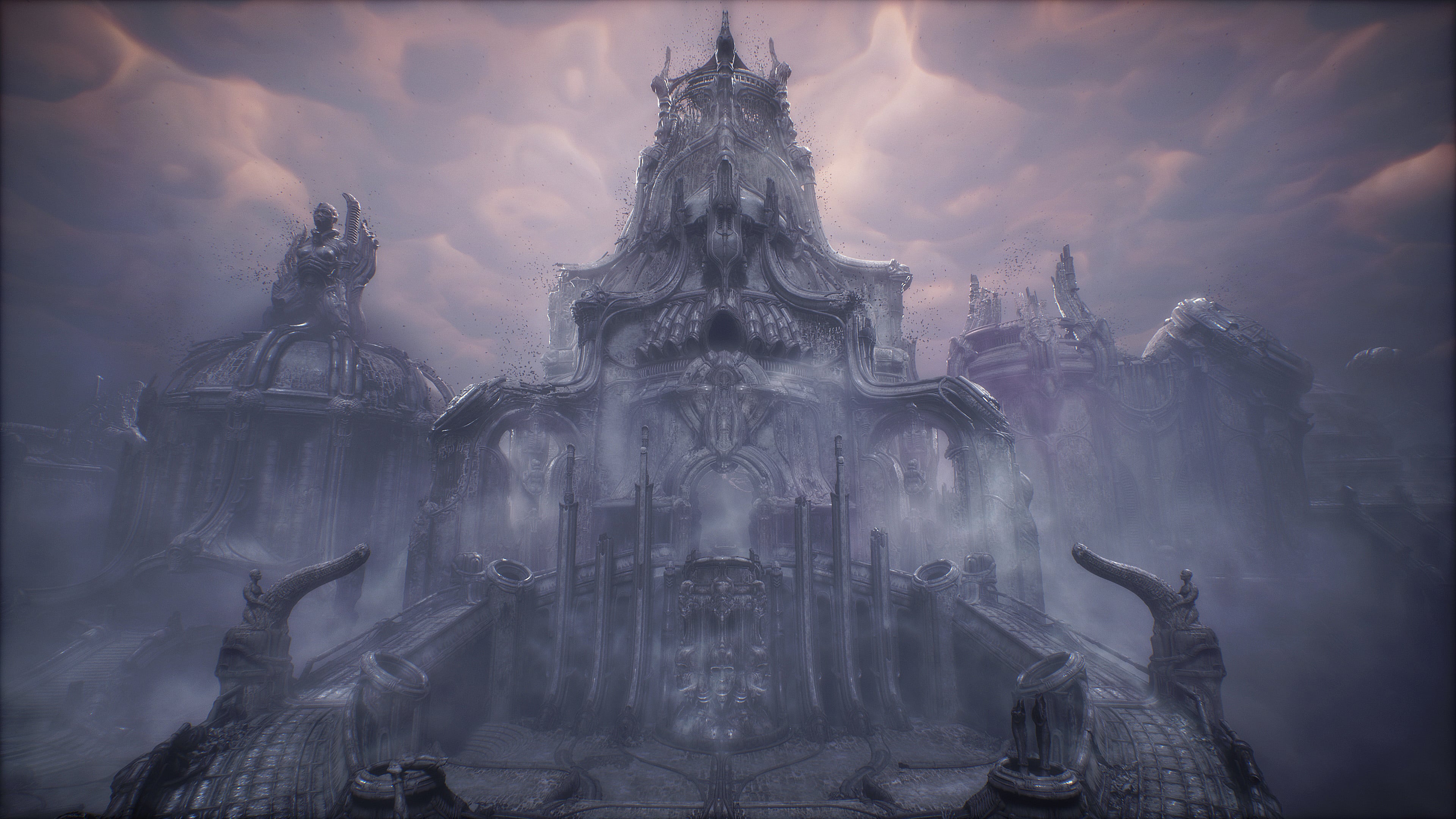 The last image features a fortress shrouded by a veil of fog. The color-drained location leaves one with a sense of despair for some reason.

The gory aesthetic of Scorn is quite a splendor; it is perfect for gamers that are exhausted of cheap jump scares featured in various horror titles. Horror games are trendy, yet gamers have started to become drained of the same-old formula featured in most titles.

Scorn may pave the way for future developers to adapt the innovative approach because atmospheric horror has excellent potential. What are your thoughts regarding the release date and screenshots? Do Let us know in the comments below.